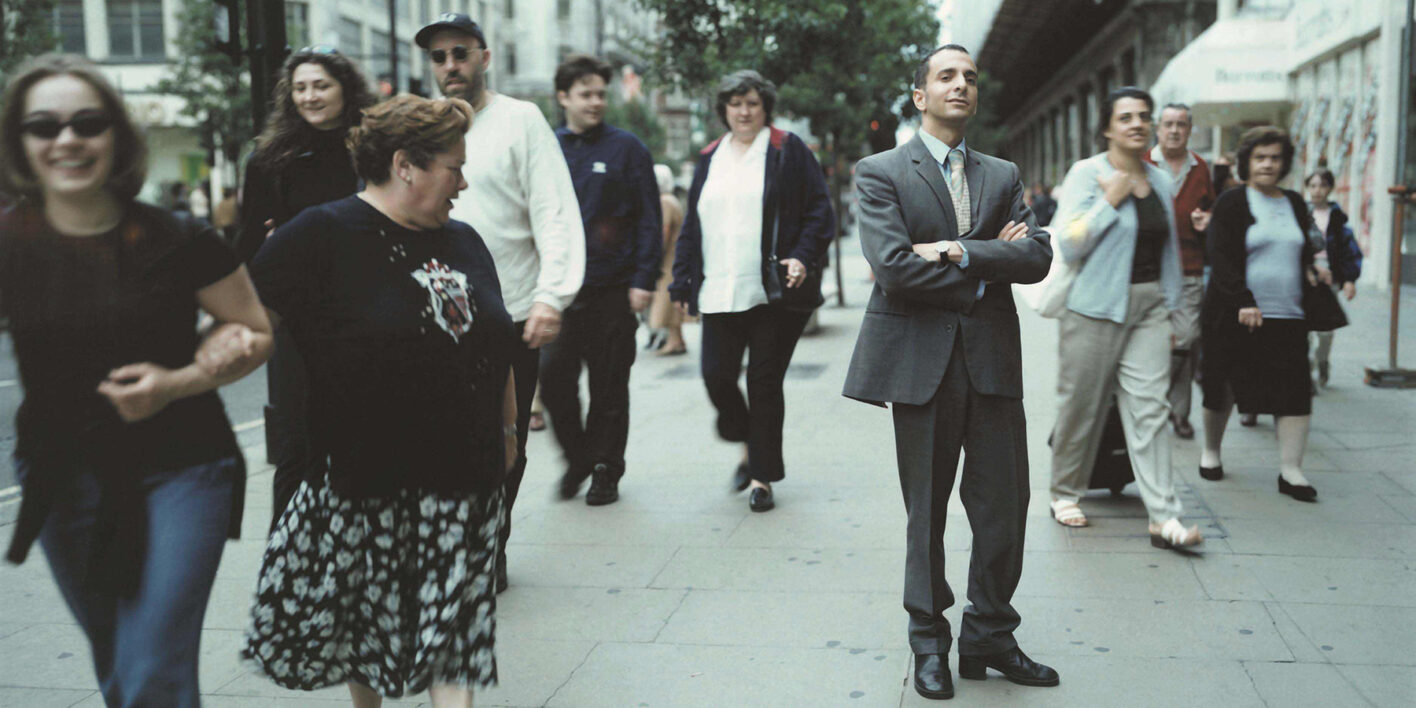 What is live art? Well, at its most fundamental, Live Art is when an artist chooses to make work directly in front of the audience in space and time. So instead of making an object, or an environment (a painting for example) and leaving it for the audience to encounter in their own time, Live Art comes into being at the actual moment of encounter between artist and spectator. Or at least even if they are not physically present, the artist sets up a situation in which the audience experience the work in a particular space and time, and the notion of ‘presence’ is key to the concerns of the work.

The term ‘Live Art’ came into usage in the UK in the mid-1980’s, and was born out of a frustration by arts professionals to account for art practices that expanded or escaped the classifications in use. Artists were making work that wasn’t quite dance, that couldn’t be called theatre, that didn’t fit into any of the categories on offer.

While Performance Art had been an established genre in the US since the 1970’s, the term ‘Live Art’ was an attempt to acknowledge the diversity of live based arts practices.

Live Art may incorporate many other elements than performance but is founded in a conceptual framework where the performer, the director, the ‘doer’, is the artist. The physical body, even if present in the same space as the audience, is not necessarily ‘performing’; certainly not in the theatrical sense of ‘pretending to be someone else’.

Live Art offers a haven to artists whose work does not comply with the strictures of traditional designations and gives those practices legitimacy within contemporary culture.

But although the term ‘Live Art’ is relatively new, live art practices and methodologies have a clear history and lineage.

There have always been artists who have worked at the margins of their discipline, experimenting outside the established norms of what it means to be a sculptor, a dancer, an actor.

Many artists have left the galleries and the theatres and seek more public and specific sites to make their work. The city itself has become a gallery. For some, this has been a reaction to the commercial art-market, where objects become discrete commodities which are bought as investments, accrue value, and are sold on.

They choose to reject this commodity fetishism by creating work which vanishes once it has been made, that deals with the here and now, and that can rarely be hung on a gallery wall.

A Live Artist may find their concerns rotate around issues of form, experimenting with the possibilities of a performance or an event. They may be concerned with the politic of the body; artists who have found their bodies marginalised (because they are women or black for example) position their bodies at the forefront of their work as a way of taking control of the discourse around their body. In an increasingly technological age, the cyborg artist has extended the body through electronic media; the body becomes just one element in an interconnecting network of processes.

But at least part of the definition of Live Art has to be its resistance to definition. Maybe it’s called ‘live’ precisely because it hasn’t yet solidified into a category; it is a live process of change and challenge. In a cultural climate of ‘Plain English’ and ‘Transparency’ this slippage, perhaps above all else, makes it a provocative place to be making work at the beginning of the twenty-first century.