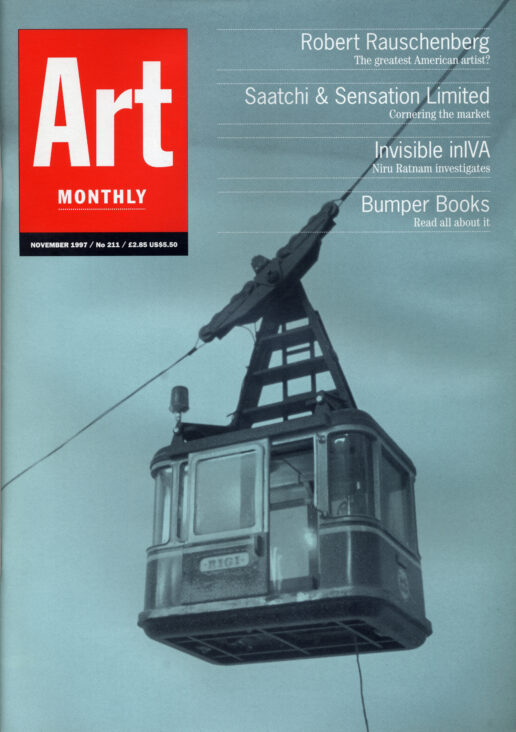 ‘Throughout the duration of ‘Pictures of Lily’, as part of a performance piece titled Fresh confrontation, Joshua Sofaer regularly climbed on to a spot-lit podium and undressed. Sofaer continued his performance by donning a sequinned suit and face mask and, thus transformed into a shimmering figure, proceeded to write on a nearby wall his memories of a boyhood crush. After each episode was completed the shimmering phatasm of Sofaer’s erotic past disrobed and left the gallery. At the point of writing this review Sofaer’s disclosures are incomplete as more episodes have still to be written, but each instalment suggests that Sofaer’s lust for a fellow schoolboy remained unrequited, his attraction to his friend unspoken. This tension furnished Fresh confrontation with its eroticism despite the mischievous voice in which it was written. Both boys knew a secret: that Sofaer desired his friend and that this desire was forbidden. In one episode Sofaer writes that he received the gift of the boy’s watch and regularly sniffed its watch strap scented with sweat and sexual potency. The focus of Sofaer’s desire was not so much the possession of his friend but the suspension of gratification.
In Fresh confrontation we encounter the three themes around which curator Jeremy Akerman loosely constructed his exhibition: fantasy, confession and narrative. Of these terms fantasy seems paramount. Sofaer’s confession, like the other contributions in ‘Pictures of Lily’, revealed how his sexuality is constructed through fantasy. Unlike some of the other artists in the exhibition though, his confession seems guilt-free, free, that is, of melancholy, self-loathing or criticism.’