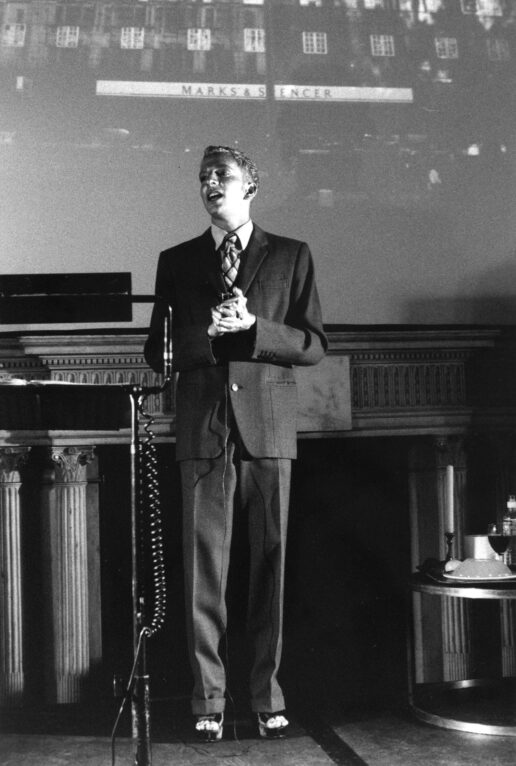 "The ICA cherishes performance artists; but is it now going a little too far?"

Concepts and Conceptions: A bare-buttocked lecture, was a cheeky performance lecture in celebration of 50 years of innovation at the ICA.

February 1998 marked the 50th Anniversary of the first exhibition curated by the ICA, which was held in the basement of the Academy Cinema at 167 Oxford Street, now a branch of the high street retailer Marks and Spencer. Of equal, if not paramount (constitutional) importance, February 1998 marks the 50th Anniversary of the conception of Prince Charles, who was born nine months later on November 14th 1948.

Joshua Sofaer donned his bare-buttocked suit and offered some titbits on the artwork of these unlikely twins: the first in line to the thrown and the Institute of Contemporary Arts.

Concepts and Conceptions: A bare-buttocked lecture was commissioned by Christopher Hewitt for the ICA 50th Anniversary.