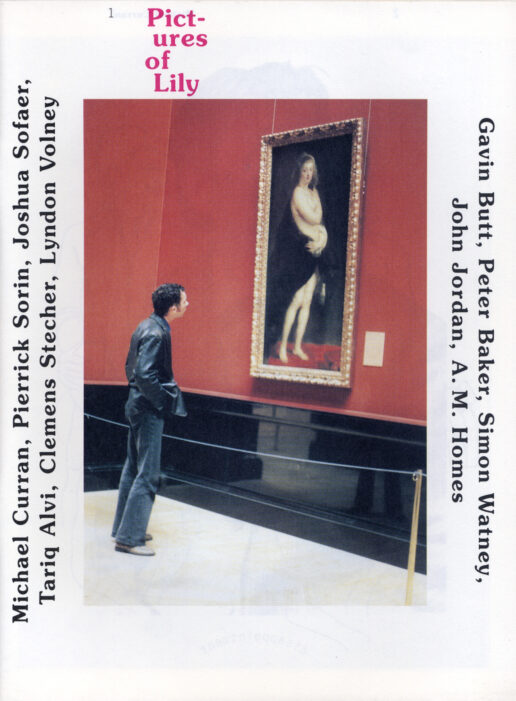 Over the past two years I have had nude, or more often pornographic, photographs taken of me and have viewed the resulting images. With only one exception where I returned on several occasions, all these ‘shoots’ were one offs, and took place directly after the initial meeting between myself and the photographer (and I use that word in terms of mechanics rather than profession – as all of these men (and all were men) were amateurs, who by in large placed adverts for nude models in listing magazines by way of responding to their scopophilic appetite). Without exception I was paid for each session. I received between £30 and £60 for what was usually one or two hours of modelling.

If it wasn’t for the rather limited appeal of my physicality, I would almost certainly consider it as a career, or at least a side line. Being an object of desire, or at least feeling like one, transformed the potential vulnerability of my naked flesh into an impenetrable armour. That I should be paid was a necessary part of the experience, but it also seemed so absurd. What was doubly absurd was that more often than not I managed to persuade the photographer to give me the film for processing, meaning I could censor the images if I wanted to. I never did.

These men did not want to touch me – or for me to touch them. At least they never made any such overtures. They saw themselves as frustrated artists, with the honourable aim of seeking to capture the essence of the (much younger than their own) nude male body.

Looking at an image which, regardless of its success, intends to register an overt sexuality of your own body, is initially quite shocking. The shock is when you recognise that you are looking at yourself. Seeing your own arms, legs, torso and genitals bared on the paper is marked with a paradoxical surprise: I have pubic hair! and I have nipples! and I have a penis! Strangely the parts of your body that you see every day look the most unfamiliar.

Critical assessment of the body presented in the photographs often alters, depending on how it fares in my judgement as a desirable image. At their best, these photographs offer up a possibility of what I might be, or could strive to develop into. In this way I become my own role model. At worst this surprised recognition / acceptance / desire of self, becomes the matter of self-depreciation. My legs are too hairy, my chest is not beefy enough etc. etc. At best, I usurp some of the positive qualities of the photograph and graft them onto my self image; at worst I end up feeling more insecure (which is perhaps ultimately two ways of saying the same thing). The image thus literally becomes my reality.

You are forced to approach an image of yourself with the language of pornography. Do I have a fresh boyish face? Is that a tight hole? Is that a big fat tool? When the image of yourself starts to work on you as pornography (not necessarily in terms of your desire – but rather as a genre) you begin to become anyone. You are masked by your image, and thereby become another self. Viewing self as you would other, that is in terms of ‘imageness’. Recognising yourself in the photograph, but not identifying with the image. In doing so the photograph seems to offer us an objective validation of our own existence.