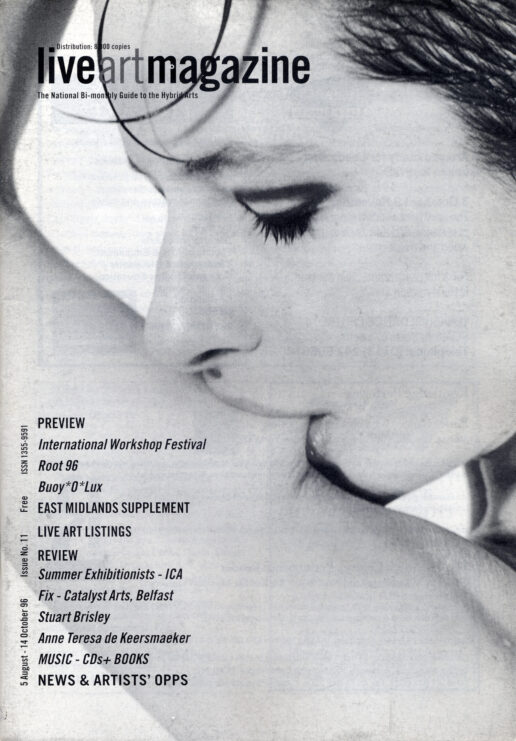 ‘Joshua Sofaer’s solo Artistic Tendencies was the most assured piece, and its investigation into the stigma of being and artiste rather than an artist had particular relevance for this year’s submissions. By giving us an academic lecture (the family album subjected to Lacanian analysis), executing a deft striptease, revising a Merchant Ivory scenario and singing both parts of a duet whilst on stilts, Sofaer managed to foreground identity issues and still entertain! What distinguished his parody from similar strategies in other performances is that he can actually do those things, can really sing. Since so many of the other performers had rejected complexity, it was a relief to find at least someone intent on making an interesting spectacle of themselves.’