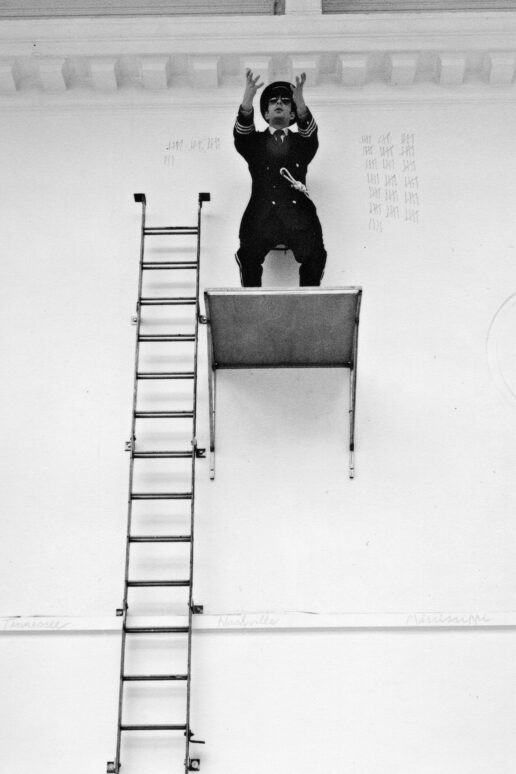 Take Off was a durational performance and installation, which took place at irregular intervals during the South London Gallery exhibition Because there was a fire in my head, curated by Jeremy Akerman.

Joshua Sofaer takes his place on high above the artificial world of the exhibition, climbing up a precariously positioned ladder on the gallery wall. Made deliberately vulnerable in his absurd airline pilot’s uniform (which remains neatly folded on a plinth beneath his eyrie during the times of the show when he is not performing) he launches paper planes into the void of the gallery trying to catch them as they return to him.

Take Off considers the desires and limits embodied by masculinity in a world which is increasingly dominated by technological progress.