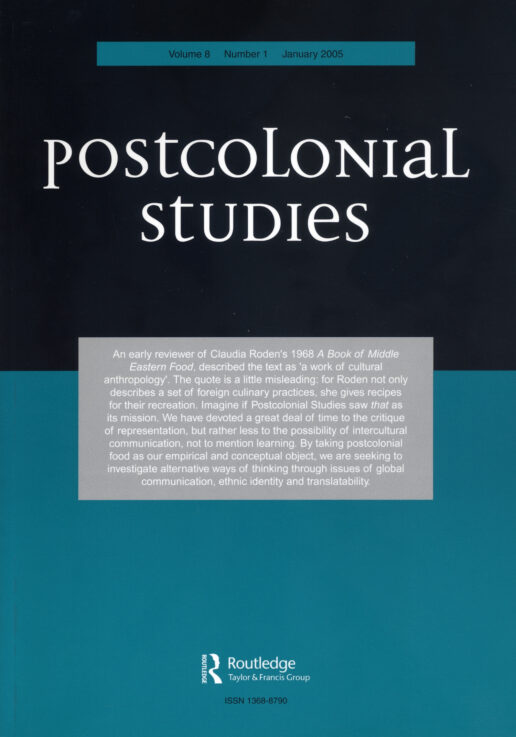 Growing up with yellow potatoes, I have come to take them absolutely for granted. Not to ignore them (far from it) but to be supremely confident of their presence. Never having seen or heard of these potatoes on any other dining table I became curious as to their origin, and I wondered what other delicacies the cuisine at that origin might have to offer.

The Jews of modern India can be divided into three distinct groups. The largest group are the Marathi-speaking Jews of Bombay who call themselves Bene Israel (the Children of Israel of the Bible) who have been settled in India for centuries. The second, smaller group are the dark skinned, or black Jews, who have also been settled in India for centuries, further south, around Cochin and are known as the Cochin Jews or Cochinis. The third and smallest group consists of Arabian Jews from West Asia, mainly from Baghdad, who arrived during the course of the nineteenth century as traders or economic migrants and who settled in Calcutta. Although this third group of Jews are collectively known as Baghdadis because most of them came from Baghdad (or at least saw Baghdad as their place of origin) several came to Calcutta from Basra, Syria, Aden, Iran and Afghanistan. In 1911, the year before Grandma was born, the consensus shows one-thousand-nine-hundred-and-twenty Jews registered as resident in Calcutta. These figures remain more or less consistent until Indian Independence in 1947. Although there are small pockets of all three groups remaining in India today, most have emigrated to the US, UK, Australia or Israel.

Unlike the long-established Jewish communities of Bombay and Cochin, the Jews of Calcutta soon identified with the British rulers that, in many cases, predated their presence in India. The British Raj was not a colonial power which usurped national sovereignty as far as the Jews of Calcutta were concerned, but rather a social and economic opportunity, a space of potential belonging. As Jonathan Katz remarks in his study of Indian Jewry:

“…Jews in Calcutta increasingly identified with the British. This transition entailed the gradual and uneven rejection of their “Arabian Jew of the British Raj” persona in favour of a new, British one, that emerged in patterns of residence, language usage, clothes, choice of schools, and so on. Amid all this change, cuisine seemed to be the one cultural constant.” [1]

The cuisine of the Jews of Calcutta was heavily influenced by its Middle Eastern ancestry but Grandma’s diet certainly wasn’t a cultural constant. At home she would eat Jewish food from the Middle East, during term time she would eat Western food as cooked by the nuns of her convent boarding school, anywhere else she would eat Indian food. Indeed, even the home-cooked fare of Middle Eastern origin was subject to the influence of the kitchens of the subcontinent.

Religion was a major factor. Cooks were employed in all but the poorest of Jewish households, and were without exception Muslims. Observant Hindus were vegetarians and would not prepare meat. As there was no dedicated shechitah (ritual slaughter) in Calcutta because of the small size of the community, kosher households ate much more chicken and fish, while beef and lamb which were popular in Middle Eastern cuisine, were left off the menu except on very special occasions when a shochet (kosher butcher) would come up from Bombay.

One of the favourites of the dinner table of Calcutta Jewry in general, and Grandma in particular, was aloomakalla. As Mavis Hyman comments in her collection of recipes Indian-Jewish Cooking:

“Every Friday night, every festival, every private celebration where it was usual to prepare a cooked meal, aloomakalla has always been a must.” [2]

Aloomakalla are parboiled, deep-fried potatoes which end up with a hard, thick, crispy and chewy crust and a soft creamy inside. Their name is tribute to their dual heritage: ‘aloo’ is the Hindi for ‘potato’ and ‘makalla’ is the Arabic for ‘fried’. Preparing aloomakalla is very time consuming, which is fine if you have a full-time cook, but when Grandma left Calcutta for London in 1930 to train as a nurse, she did not have a cook, not only that, she didn’t know how to. There had been servants for everything: there was a gardener, chauffer, ayah (to look after the children), syce (groom with horse-drawn cart), and any number of itinerant labourers and tradesmen, and of course, there was the cook.

Grandma didn’t know how to cook. She had never needed to cook, so she hadn’t been taught. Her predominant memory of the kitchen is of Kushi telling her to clear off.

Like most middle-class daughters of the Raj she had never had to undertake any domestic chores. Arriving at her London training hospital in an era when nurses were expected to deliver complete care to patients, including cooking, cleaning and washing, Grandma was presented with a broom by the Ward Sister. Gazing at it rather forlornly, and without any hesitation at embracing hard work, she rather ruefully explained, to the horror of her colleagues, that she didn’t know what to do with it. To this day she describes the experience as “shameful”.

While their taste and texture is very different, the ingredients for yellow potatoes and aloomakalla are exactly the same: potatoes, turmeric, salt, pepper, oil and water.

Method:
Select your potatoes. Wash and peel. The maximum number you can cook at any one time is the amount which form a single layer at the bottom of your pot. (If you need more, you will have to use an additional pot or make a second lot.) Place the potatoes in the pot and add the olive oil, turmeric, salt and pepper. Roll the potatoes making sure they all get a good coating of the oil mixture. Place them on a medium-high heat. When they start to sizzle add a few drops of hot water (it does not need to be boiling) directly from the kettle and cover. Turn the heat to low and put the timer on for fifteen minutes. Every fifteen minutes for an hour, add more drops of hot water. Do not stir or move the potatoes while they are cooking. After an hour the underside of the potatoes will be a crisp golden brown. Let them cool. When they have cooled lift them out of the pan with a metal spoon and turn them golden side up.Repeat the cooking for an additional 30 minutes to brown the other side. You will need to let them cool slightly a second time before removing them for serving.

All timings, weights and measures are approximate and do not guarantee good results. We have never really succeeded. They just aren’t the same. I fear only Grandma can cook yellow potatoes the right way.

Could it be we are doing something wrong? Do we need the very same pot that Grandma has used for the last thirty odd years? Do we need her erratic electric hob? Her particular metal spoon? Do I need to eat them off her plates? In her house? Do I find myself resorting to an essentialist position?

On the few occasions my sisters and I have attempted to make yellow potatoes, the phone in one hand, the cooking pot in the other, Grandma laughs into the receiver at our demands for precise measurements: “I just put in as much as I think is needed,” she says.

Food appears to connect us to our cultural past, often a past we can access in no other way. Cuisine crosses oceans: the cultural constant. But yellow potatoes point to a hybridisation which negates the ‘authentic original’. As Amin Maalouf writes:

“What makes me myself rather than anyone else is the very fact that I am poised between two countries, two or three languages and several cultural traditions.” [3]

This is the ‘cluster of flowing currents’ [4] that Edward Said preferred to the idea of a ‘solid self’ to which so many attach significance. The flowing currents which have created yellow potatoes include not only a crossing of borders and a meeting of religious and ethnic preferences but fairly banal economic conditions and social whims. After years of eating these potatoes cold I asked Grandma why we never ate them hot: “Because I am too lazy to get the timings right to serve them hot,” she replied. Laziness is as much a factor in the legacy of a cuisine as anything else.

It seems a somewhat redundant proposition to offer you the cooking method. As with all recipes, the photographic and textual reproduction here, a mere paper fantasy, cannot even convey the colour of yellow potatoes, let alone their texture, smell or taste.