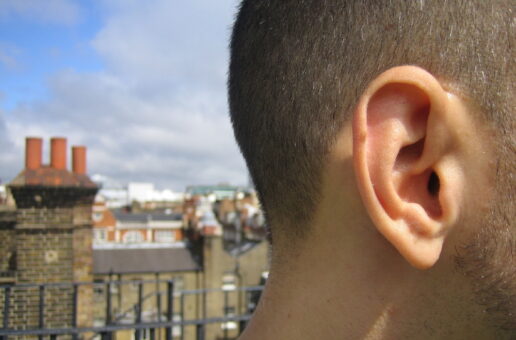 'Joshua Sofaer presented a sly critique of the 'look how many nations we've got represented' tendency of international biennials, in a piece that stole Liverpool's Capital of Culture slogan: World in One City. Slick in his pin-striped suit, Sofaer whisked groups around the Tate Gallery in the style of the curator-led tour. With wickedly well-observed gestures and tone, he introduced each of the works in a persona reflecting the perceived nationality of the exhibiting artist. Juggling stereotypes, Sofaer morphed from voice to voice, speaking in made up languages. His perfectly honed gibberish sounded convincingly like Japanese, Arabic, or Australian English, but was empty of all meaning; reflecting the reductive absurdity of gallery lables which present singular views of each artist's complex cultural identity.'

Gallery Tour
A tour of the work from the Liverpool Biennial 2006 at Tate Liverpool in entirely fake national languages of the artists themselves. This performance tour plays out the stereotypes we ascribe to language and shows that meaning exists beyond dictionary definitions.

Acoustiguide City Tour
An audio tour of the Liverpool Biennial public artworks and beyond, where you select a character to tell you what’s what, all in entirely fake national languages of the artists themselves. Pick up an Acoustiguide wand and the extensive catalogue of voice options and hear the city like you’ve never heard it before.

Liverpool: A world in one city?
In 2008 Liverpool will be the European City of Culture. In their bid for this title the committee promoted Liverpool as ‘The World in One City’.

With expanding international trade, global communications, and shifts in patterns of migration, this claim could be made for many cosmopolitan centres. You only have pop down to the supermarket and read the labels, or switch on the television, to be opened up to the ‘produce’ of another culture or country. But can we really say that Liverpool is the world in one city? Does the international focus of the biennial really offer us a glimpse of the wider world? Is Liverpool really a manifestation of all other cultures and countries in miniature?

English speakers are notoriously bad at learning other languages. The take up of foreign languages at GCSE level in the UK is declining so fast that it has “reached the point of no return” according to Steve Sinnott, general secretary of the National Union of Teachers. All this in a time when speaking in someone else’s tongue might well help us to find common ground. In his opening address to the San Francisco Jewish Film Festival, Peter Stein pointed to a moment in Free Zone, a new film by the controversial director Amos Gitai, in which a Palestinian businesswoman says to an Israeli counterpart: “It’s a pity Israelis don’t speak Arabic like Palestinians speak Hebrew. If they do, I think perhaps things will change.” Later, the Israeli woman pleads into her mobile phone: “I speak Arabic, I speak English. What language are we speaking? Can you help me?”.

It is to my great regret and shame that I have not yet learnt a language other than English with any fluency and skill, and it is my hope that the world of possible choices will somehow narrow and that I will dedicate some serious time to learning a language properly.

Each character presented in this Acoustiguide city tour was created by computer software which randomly selected the age, gender, temperament, desire and feeling of each person. Apart from gender, no characteristics were repeated. Two characters were assigned to each language: one male, one female. These templates were then used to create each scenario.

A key milestone in the study of human characteristics was Charles Darwin’s 1872 publication The Expression of the Emotions in Man and Animals. Darwin categorized human emotions into eight main categories of expression: suffering (and weeping), low spirits (anxiety, grief, dejection, despair), high spirits (joy, love, tender feelings, devotion), reflection (meditation, ill temper, sulkiness, determination), hatred (and anger), disdain (contempt, disgust, guilt, pride etc.), surprise (astonishment, fear, horror), and self-attention (shame, shyness, modesty). Contemporary theorists have drawn on these classifications for their own analyses. Some have added further categories. Stuart Walton in his book A Natural History of Human Emotions for example, gives jealousy and embarrassment their own chapters but on the whole Darwin’s classifications have stood the test of time.

It is these bio-anthropological studies that have underpinned the development of character acting. Character acting has been understood in terms of ‘external’ and ‘internal’ techniques. While external techniques consider the body’s relation to space (in for example mime, ballet, and some performance art practices) internal techniques (propounded most famously by Constantin Stanislavski in Taking a Role) demand the actor understand the motivation of the character, through the creation of sociological and psychoanalytic templates. In his workbook on character development, In Character, Christopher Vened combines external and internal approaches to give six main areas that an actor should consider in the development of a character, all with sub-categories to be explored. They are:

That’s quite a lot for the actor to think about. This is what Michael Kirby, in his essay ‘Acting and Not-Acting’ would refer to as ‘complex acting’: “Acting becomes complex as more and more elements are incorporated into the pretense.”

Those elements which manifest themselves most forcefully in the voice are the emotions. Out of those Vened delineates it is the temperament (the underlying emotional state of the person), desire (the emotional urge), and feeling (the immediate involuntary response) which have been considered in these character formations.

The characters, like the languages they speak, are inventions based on archetypes, tropes and imaginings. Just as Liverpool’s caption ‘The World in One City’ claims you do not need to visit other countries to experience them, so auditors choose whether or not to journey to each of the ten destinations described by these invented characters and their invented languages.

Joshua Sofaer, September 2006
[Excerpted from World in One City booklet.]