“It’s been such a wonderful summer in Helsinki this year.”
“Was it on Tuesday or Wednesday?”

Well during the end of May and beginning of June the joke was on the joke, as Finns basked in uncharacteristically hot weather. Bright skies and blistering sunshine in the 20s. There were a lot of ‘once before’ worn clothes on the streets of the capital and plenty of cut-off jeans, as citizens tried to adapt their wardrobe to the Mediterranean weather. “We fought hard for this with a fierce and long winter,” one of my hosts cries, while another, hand on sweating forehead laments, “I had to take Wednesday off with a migraine; it’s just too hot.”

I am here in Finland for two entirely separate but happily neatly consecutively scheduled events. The first week in Helsinki I was facilitating a workshop for professional artists, which explored different ways to work with audiences. The second week I took a train west to Turku for the New Performance Festival. Tomorrow I am presenting a, erm, new performance.

While in Helsinki I was staying in a very interesting place.

Villa Eläintarha was built in 1889, and is one of the surviving Linnunlaulu timber houses. The building enjoys protected status by the National Board of Antiquities in Finland. Since 2000, the City of Helsinki Cultural Office has maintained the villa as a residence for foreign artists. The ground floor is open to the public as a permanent exhibition of an upper-middle-class home from the late nineteenth century. So basically it’s like living in a ‘museum of the olden days’, which I have to admit is a kind of long standing fantasy of mine.

There isn’t a huge amount of difference between the ‘period’ rooms in the museum and the ‘artist’ rooms above. So here you see the period living room and bedroom:

And here you see the artist’s communal living room and my bedroom:

The renovation has been done sensitively and in some parts they have left the original painting right next to the newly restored, as a kind of  ‘before and after’.

The main staircase is painted with trompe l’oeil wooden paneling and plaster work.

This staircase only goes as far as the first floor. To get up to the top floor you need to go through a little side door and use the servants’ staircase, where the wooden walls are exposed, and the balustrade is far more simple. Actually I much prefer it.

This is how it looked in the early 20th Century.

And here is the original owner, the very handsome Oscar Blum. 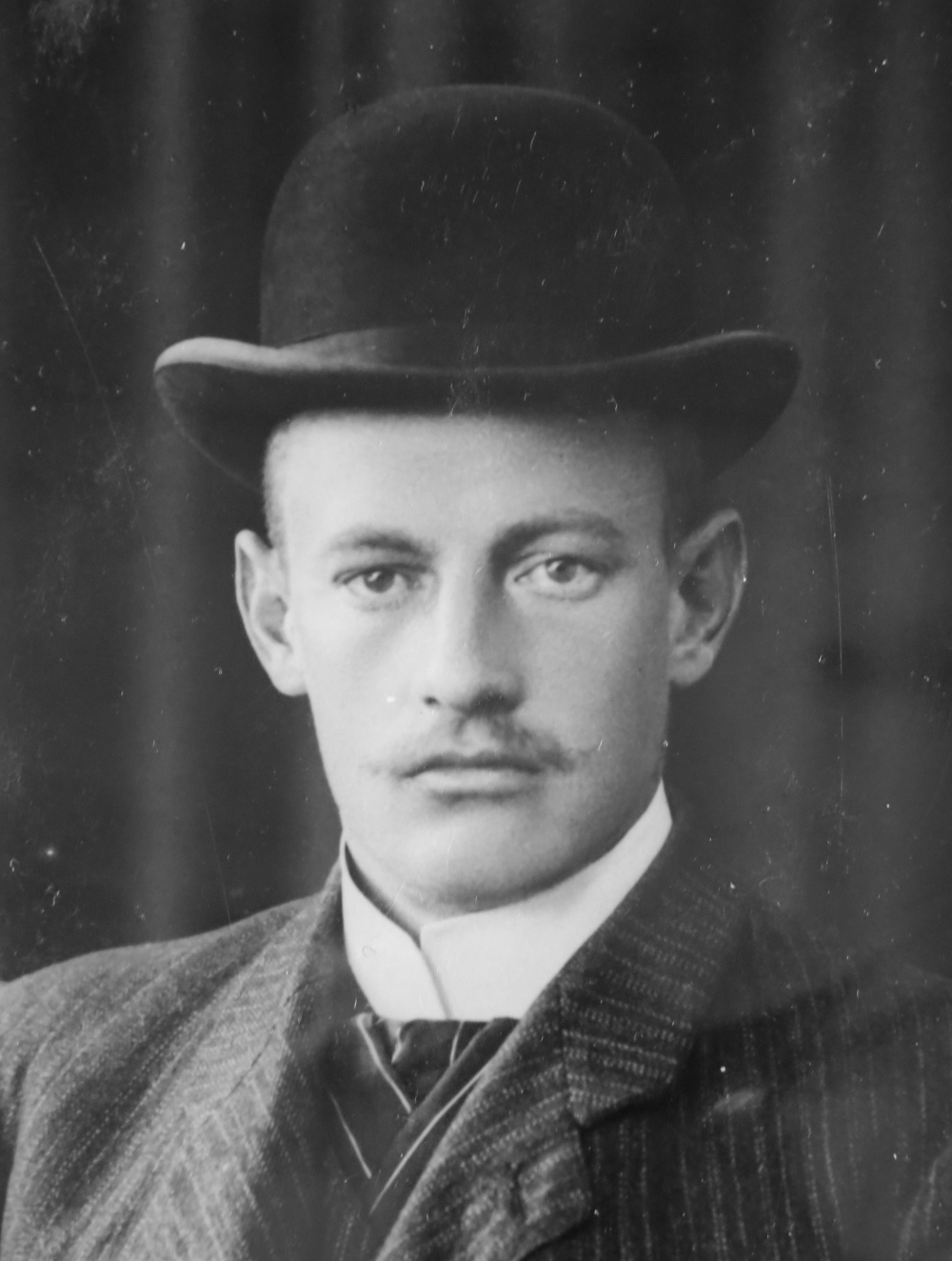 The city bought the property in the 1990s. It had been derelict for sometime. They understood that it was important to register the architectural heritage of the city and to preserve and protect at least some of these old 19th Century buildings. It was carefully restored but at first it was unclear exactly what to do with it.

When you ask people in Helsinki where they would like to live, a wisecrack response is often, “In a villa. In the centre of the city. With a view of the harbour.” Such properties have almost all been demolished to make way for apartment blocks. Those that remain are really only for the super rich. It was a privilege to be able to stay in one for a few days. And here is the harbour view from the balcony.

Another amazing wooden building in Helsinki is the Kampii Chapel of Silence located in the Narinkkatori square, one of the main downtown thoroughfares. Designed by Kimmo Lintula, Niko Sirola and Mikko Summanen of K2S Architects Ltd., the Chapel was built as part of the World Design Capital Helsinki 2012 programme. It is intended to be a place where people can have a moment of silence away from hectic and noisy city centre. I first read about this new building in an inflight magazine on some journey or other and I was keen to take the opportunity  to visit it. I had understood (as it happens incorrectly) that it was a kind of secular space for quiet contemplation. Although it is partly run by the Social Services Department of the City of Helsinki (I love that Social Services would consider this a worthwhile investment) its activities are also determined by parish unions. Although religious symbolism is low key, it is there, and while no church services or holy events will be organised, regular ‘moments of prayer’ are planned. I have to admit that I was a bit disappointed that what I had taken to be a wonderful non-religious space, is ultimately a place for Christian worship.

It is still a very interesting space. Stepping inside, the sparse Finnish interior is flooded by natural light and the sounds of the busy city centre are left behind. I had heard that it is often busy with tourists, rendering its initial purpose somewhat ineffective. For the first moments of my visit however, I was splendidly isolated all by myself.

Before leaving this accidental theme of wooden architectural constructions, I thought I would share the amazing wooden scaffolding for a new bridge here in Turku. Apparently the old bridge failed and this new one is being built to replace it. As I understand it, the final thing will be concrete. Before they pour it, an extraordinary wooden mould is built. The support struts are incredibly sculptural, creating a beautiful geometric pattern, that will, alas, be lost.

Pattern is a big deal here in Finland and nowhere is this more apparent than in the epidemic of Marimekko products at every turn.  It actually starts before you even get here. On the Finnair flight, your cup of airplane tea is served in a Marimekko branded paper cup with matching serviette in a contrasting colour.

Despite its ubiquity, I have to say that I have a lot of retinal energy for the brightly coloured block patterns so reminiscent of the 1960s and 70s. My trip to the flagship store in Pohjoisesplanadi was a bit like a pilgrimage.

Stepping into the fabric room produces a rush of blood to the head as I get the same thrill of ‘potential’ as when entering a good stationery shop or art supply store.

My own recent ‘textile’ project, has been the creation of my costume for Object of Love which will be shown at the Wäinö Aaltonen Museum of Art from tomorrow. I have hand sewn over two-and-a-half-thousand (written out in full for dramatic effect) gun metal jump rings onto a body stocking, secured the knots with textile glue and then attached over two-and-a-half-thousand hand dyed cable tidies, one to each jump ring. When I embarked upon this Sisyphean task late last year, I thought it would be nice to have ‘something to do with my hands’, being as I was, overburdened with administration and concept making. I hadn’t quite imagined that it would take quite so long.

I attached the last cable tidy yesterday evening. This afternoon I delivered the costume to the gallery. Tomorrow I shall put it on in a giant glass box and invite member of the pubic for a one-to-one coaching session to resolve the troubles of their heart.