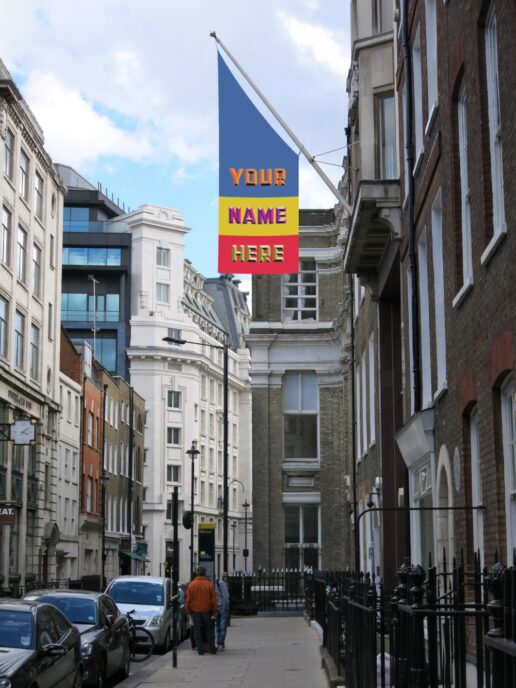 Soho Sideshow was an opportunity to discover more about the history and current life in Soho and to develop a bespoke proposal for the area with production support. 6 mid-career artists working under the umbrella of Live Art spent a day visiting places and meeting people. They formed proposals which were then presented to key stake holders.

The visit on Friday 30th August included:
– an introduction to The Soho Society
– lunch at the oldest Chinese restaurant in Soho
– visit to China Town and the Chinese Community Centre
– information about Event Licensing
– a visit to The Academy Club
– a visit to The House of St Barnabas
– information about Planning Law
– meeting with the Vicar of Soho
– a historical tour of Soho, ‘Vintage 1950s’ and ‘Roots of the Swinging Sixties’

The proposals were presented on Friday 11th October and included:
– Stacy Makishi’s binaural tour from St. Anne’s to the Chapel of the House of St. Barnabas
– George Chakravarthi’s cover version of ‘Lola’ by the Kinks with a community music video
– Peter Reder’s one-to-one tours of Soho by local residents
– Susannah Hewlett’s ‘Soho Soap Opera’ and ‘Sex workers in Soho’
– Nigel Barrett and Louise Mari’s immersive intergenerational Tudor masque through the streets of Soho
– Joshua Sofaer’s ‘Banner Gallery’ on flagpoles of Soho, and ‘Little Museum’ in unused business windows

It is hoped and imagined that these proposals will lead to productive working relationships between these artists and Soho.

‘[A] brilliant project. It has been really revelatory and we’ve met some wonderful people.’
Nigel Barrett and Louise Mari

‘This DIY project was filled with the most inspirational and generous artists. There were many opportunities to cross-fertilize ideas, exchange thoughts and share inspiration. As a facilitator, Joshua is a consummate professional who is also warm, generous, experienced and insightful. We were spoon-fed research, inspiration, networks, production support and even a 9 course Chinese dinner! I am confident that many of our proposals will blossom to fruition in Soho. The Soho Sideshow did everything it could to help our projects get through the door.’
Stacy Makishi

‘I am unaware of a similar project in the past that involved the Soho Society, so yours was a very interesting, unexpected way to have us engage not only with the process of selection and commission but also with contemporary media. To have practical experience of the commissioning process was quite new. I’d be delighted if any of the projects happened. Just to have such events happening in the neighbourhood would be lots of fun.’
David Gleeson, Soho Society

‘I thought it was a great model that I’d love to see used more. Such a refreshing contrast to the solitary writing of proposals and posting to some unknown and anonymous funding or commissioning person. It’s a very nice idea to have some orientation and contact with other artists and possible venues before getting down to coming up with an idea. It also made me think in a general way, how productive it could be to have this group social side of things, as part of the process, even though the proposals or ideas that come out of it are basically individual.’
Peter Reder

‘A brilliantly planned creative experience with developmental time for ideas as well as a more than handy introduction to the Soho Society (and beyond) in order that these projects may actually be realised in the future. Personally it provoked a wealth of ideas in me – and at this stage I’d be excited to pursue the realisation of any of them.’
Susannah Hewlett

‘…it’s been fun for me to have been part of the project, especially as more people in the Soho Society were drawn in. There’s been a sense of enthusiasm in the office and when the topic arises at Exec meetings. I’m sure that will continue as things begin to happen. It’s a good way to bring people together, cutting across the usual lines. And for the Soho Society it’s good to have a part in something that’s (for us at least) fun, rather than a problem (or routine).’
Bob O’Dell, Soho Society

‘…impeccably organised, educational and inspirational. It was great to meet the other artists and the various organisations, societies and patrons of Soho. The historical tour of Soho was particularly interesting and inspirational in navigating my proposal. I am now better informed about the past and present history of Soho, have been enabled to conceive a new piece of work, and have eaten in the oldest Chinese restaurant in Soho!’
George Chakravarthi

‘I thought it was a brilliant DIY project. I thoroughly enjoyed sharing time with the well chosen group of mid-career artists on the reconnaissance trip to Soho, to discover aspects that I hadn’t known about the area, to meet the passionate and committed members of the Soho Society. The event certainly inspired some wonderfully good proposals from the participating artists. The presentations by the artists of their proposed idea for making work was diverse, unusual, unique and in all cases imbued with humour, warmth and joy. I really hope that they will all be realised and I am more than happy to continue advising them to encourage further development and realisation.’
Manick Govinda, Artsadmin

Peter Reder’s A Soho Family Album was hosted by The Photographers Gallery, London in June 2014.