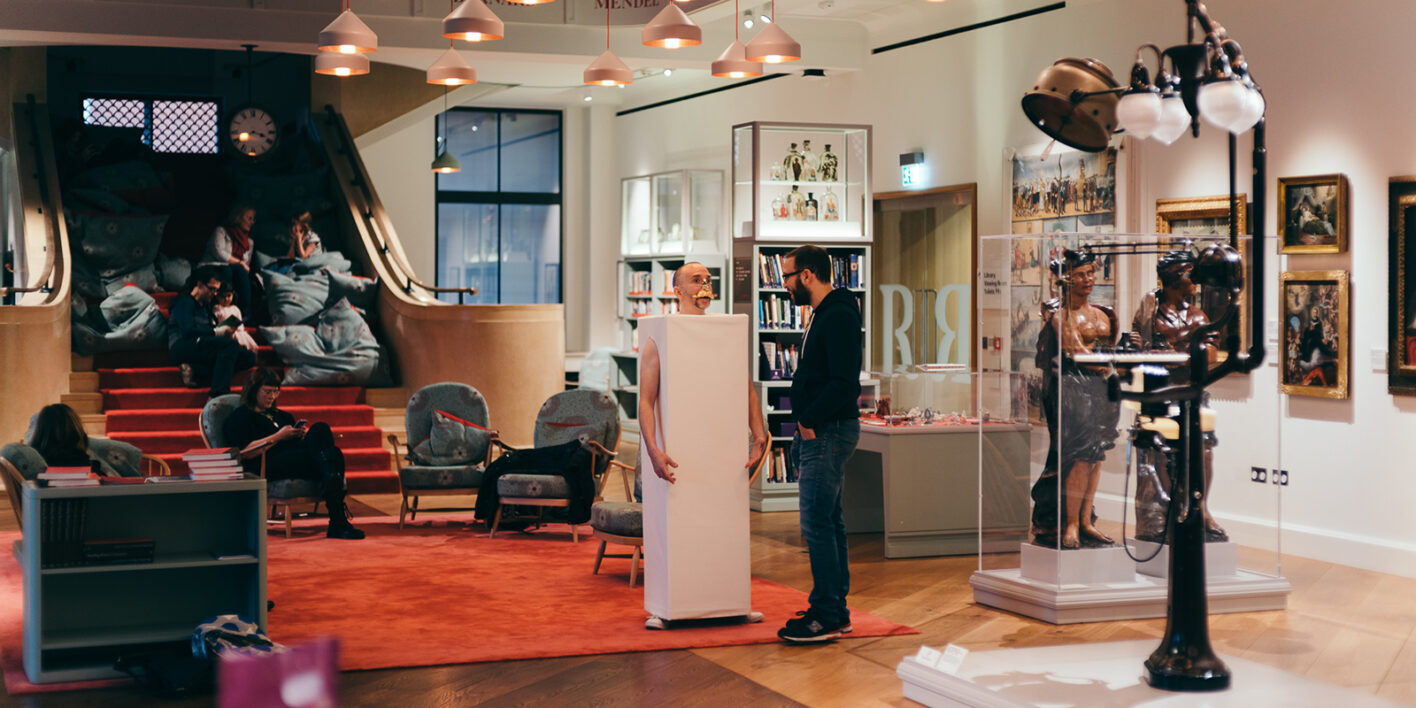 With his head on a plinth, a plinth made out of drill cotton, the strong fabric used to make straight jackets, and wearing a gold false nose and moustache cast from Henry Wellcome’s life mask, Sofaer stood in the glorious surroundings of the Wellcome Reading Room on a Sunday afternoon. Sometimes he was still, blending in with the collection of objects, artworks and oddities that enhance the space. Sometimes he was a bit fidgety. If someone looked to engage him in conversation, he would immediately respond. He became a kind of performing object, a face to be ‘read’ in the Reading Room alongside the material culture and publications on display. Precious yet approachable, he is an object that you can converse with.

Mugshot was one in a series of ‘object-led’ performances in which Sofaer is interested in testing the way in which the art object can lead and animate performance. It was developed as part of a mini-residency in the Wellcome Reading Room, ‘On Face’, which included an in conversation with Natasha McEnroe, deathmasks enthusiast and Director of the Florence Nightingale Museum. Sofaer made a cast of Henry Wellcome’s life mask, and recast the nose and moustache portion in gold. This action both glorifies the value of the mask (from plaster to gold) and repurposes it as a comedic disguise.

Mugshot was supported through The Residents, a series of Live Art research residencies produced by the Wellcome Collection and the Live Art Development Agency. Photographs by Wai-Tai Li.