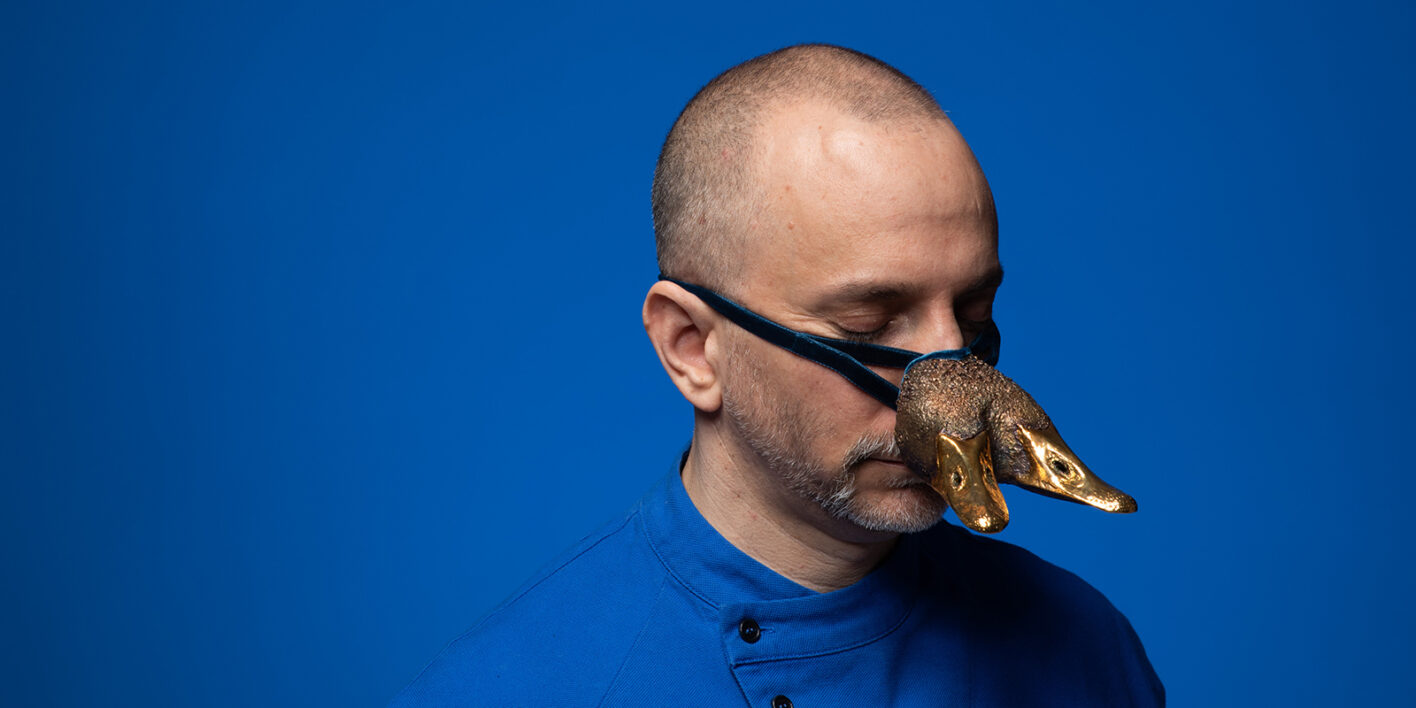 In 2016 Joshua Sofaer was artist in residence at The Horniman Museum. During his time with the museum he researched the collections as inspiration to create a series of false noses. Three of the noses were later displayed in the Natural History Gallery.

“I collect false noses. I have hundreds of them. As well as human noses, I have witches noses, clown noses, animal noses, and other oddities. I even have a plug nose and a socket nose. The thing about this collection is that there is a decreasing pool of noses to collect. Dressing up has become big business. People now buy the whole ‘Batman’, ‘cowgirl’, or ‘dragon’ costume. The false nose, alas, has probably seen its day. In an effort to try and add to my own collection, I have started making false noses myself.”

The nose occupies a prominent place in the English idiom, almost always in a pejorative way. People are nosy parkers, they are led by the nose, pay through the nose, we look down our noses, turn up our noses, put someone’s nose out of joint, rub their noses in it, and cut off our own nose to spite our face.

Despite being bang slap in the middle of our faces, the nose is often overlooked. There are odes to beautiful eyes, sonnets on the perfect shape of lips, hair practically has a strand of literature to itself. The nose, however, is often cut off.

Nose Display
papier mâché, acrylic paint, Perspex, cotton, stainless steel
120x110x65mm
2017
A nose display vitrine, bespoke for the face of the artist. Riffing off the objective of the museum as a place of ‘display’, this artefact inverts the false nose, leaving the nose exposed while disguising the rest of the face.

Double Bill
gold-plated copper, patinated copper, rayon/nylon velvet
140x100x60mm
2017
A double beak false nose, modelled on the bill of domestic geese. The goose is a bird that appears in many fairytales associated with luck and fortune. To call someone a ‘goose’ is to describe them as silly.

Wig Out
oak, human hair, rayon/nylon velvet
160x90x60mm
2017
A false nose wig, on oak base, woven from a lock of the artist’s mother’s hair. As well as being one of the most important physical aspects of our personal identity, hair is a natural material used to make ornamental objects.

Liar Liar Liar Liar
Sri Lankan kaduru (Cerbera odollam)
470x80x110mm
2017
The kaduru is commonly known as the ‘suicide tree’ because its fruit is highly toxic. Liar Liar Liar Liar lies 4 times: as Pinocchio, as a pun of the musical instrument of classical antiquity, as the nose flute that it purports to be, and as the phallic promise never delivered.