In the mid-1980s my grandfather, Ellis Sofaer (who we called ‘Gaya’; a diminutive conjured by his first grandchild’s evolving elocution) submitted an entry to a competition set by the confectionery manufacturer Rowntrees, to find a new strapline for POLOs, the spherical mint with a hole cut into its centre. Gaya’s entry was:
NOTHING TASTES LIKE HEAVEN. 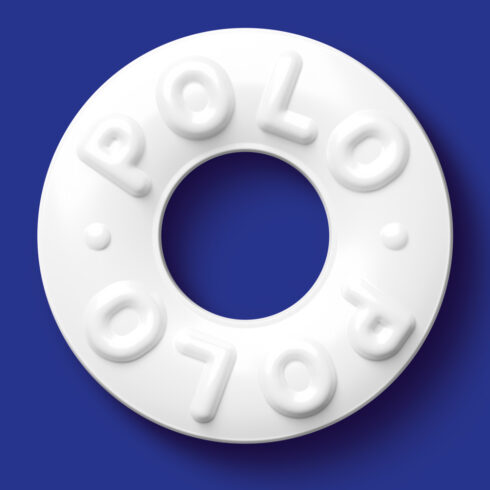 At the time, my teenage self thought this was brilliant and I couldn’t imagine why it wasn’t selected. The winner: THE MINT WITH THE HOLE, just seemed so simple and boring. (I have subsequently learnt that simple and boring sells.)

I have never been a great fan of polos, or really any mints (toothpaste ruined most of the possibilities) but they did have the advantage that I wouldn’t chain chew them into oblivion as I would, for example, Rowntrees other sweet tubes. Fruit Pastilles or Wine Gums would last only moments. (My teeth grind together in appreciation as I write this.)

POLOs had a superior and satisfying thick foil wrap that you would peel down the tube rather than rip, twisting it shut between mints. And I really did enjoy the hole. There was something satisfying about pushing your tongue into that space, seeing how far you could force it, and feeling it slowly expand as the sweet gradually dissolved.

In Taiwan for a long-standing work commitment, feeling a mixture of guilt and relief to be away from the UK for this most recent incarnation of the global pandemic, I came across another flat sphere with hole set into its centre: a jade bì in the National Palace Museum in Taipei. (Comprised at its core of treasures from the Imperial families of China, the National Palace Museum was conceived when artefacts were evacuated under the order of Chiang Kai-shek’s nationalist government as the communist armies took over China.) 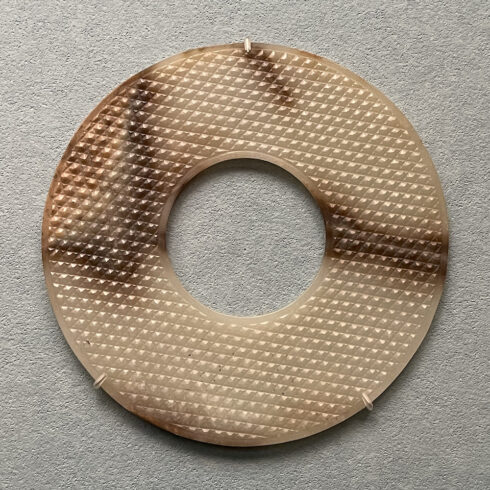 Bì disks have been made and used for almost five-thousand years; their role in ritual and worship evolving and declining. Used as betrothal gifts, and emblems of status, they were also sewn into funerary suits at the apex of the head in order that the soul of the deceased might pass through the central hole of the disk into the afterlife. Like the false door in Egyptian tombs; the hole is a threshold between the worlds of the living and the dead.

Nothing not only tastes like heaven, it is also the gateway to eternity.