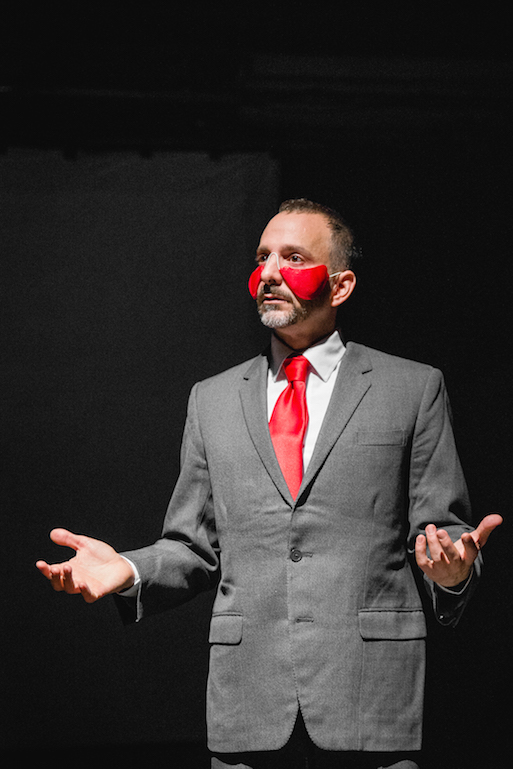 A performance lecture examining the causes and effects of embarrassment in which the lecturer sets is as his aim to become embarrassed, live in front of the audience.

By using the word ’embarrassment’ in the title and as the subject of a presentation, the lecturer runs the risk of the word being turned against them. In 1896 when the American author Henry James published a volume of stories titled Embarrassments, the Spectator magazine responded: ‘Really these stories are often Embarrassments in a sense other than that intended by their author.’ Indeed, it is often the case, when we attend a cultural occasion, be it performance, exhibition or screening, that if we find the experience less than satisfactory, we might say “…it was so embarrassing”. While the audience is dissuaded from this sort of judgement, it is in part, the aim of this piece for the performer to become embarrassed live.

But the theory (a theory, ironically, the performer hopes to disprove) is that because he has set it as his goal, because he has enunciated and articulated that aim (as he must do if he intends to communicate to an audience) then it becomes impossible to achieve. For the second someone acknowledges embarrassment as desire, embarrassment slips away. You can’t will yourself into a state of embarrassment. Such an aim is defeated the moment it is spoken.

The lecture is divided into five sections that systematically work through a discussion of various aspects of embarrassment. During the lecture there is a continual aim to illustrate the thesis by a physical exemplification of embarrassment.

Originally performed in 2000 for Turku Academy, Finland, the piece was reprised for New Performance Turku Festival in 2015.