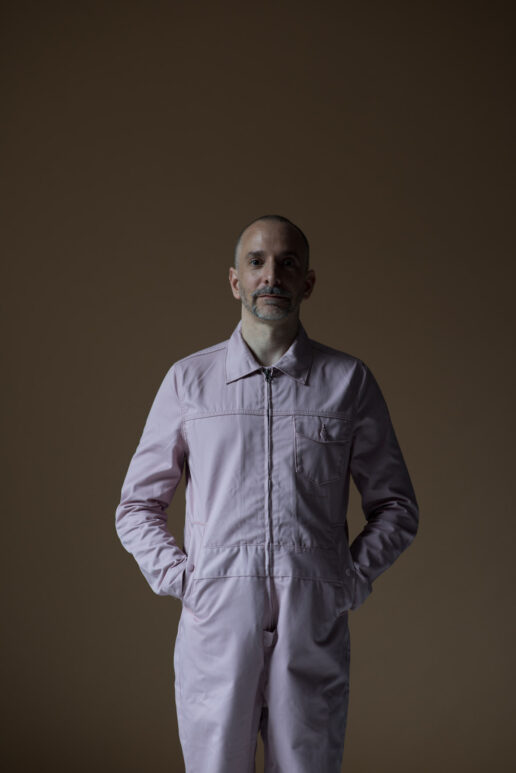 Joshua Sofaer (b. 1972 Cambridge, England) is an artist who works mainly with performance and installation. He often sets up situations in which the response to an invitation for public participation is then incorporated as an aesthetic function of the piece.

Equally as comfortable working in a gallery, opera house, museum, public space, or private homes, what draws Sofaer’s diverse practices together is a concern with how audiences engage with the world. People’s experience is key, as are the material cultures they choose to surround themselves with.

For Scavengers (Tate Modern, London, 2005; SFMOMA, San Francisco, 2006; Edinburgh Festival, 2008) members of the public raced around the city answering clues and forming a new gallery exhibition. Name in Lights (Birmingham, 2007) was a national competition and installation that culminated in a giant illuminated name in Centenary Square. Object Retrieval (University College London, 2009) was nominated for a 2010 Museum & Heritage Award for Excellence. Viver a Rua (NEC/FITEI, Porto, 2010/11) was the opportunity for citizens of Porto to nominate someone to become the permanent name of a street in the city; all the maps have had to change. He directed a new staged version of Bach’s St Matthew Passion (Folkoperan, Stockholm, 2014) to critical acclaim. The Rubbish Collection (Science Museum London, 2014) saw every single thing thrown out by staff, contractors and 281,647 visitors documented for 30 days before becoming an exhibition. Border Force (Duckie, London & Brighton, 2015) was an immersive nightclub about freedom of movement. Your Name Here (Heart of Glass, St Helens, 2015) took over the town. As the culmination River Crossing (City of Sacramento & City of West Sacramento, California, 2019/20) two large-scale light box installations spelling out the new names of the docks in the international language of maritime signals have been installed facing each other on the Sacramento River.

Sofaer’s interest in ‘the nose’ led to a body of work that plays with absurdity and disguise. A Run of Noses (Wellcome Collection, London, 2013) was a series of 452 self-portraits wearing his collection of false noses. The Horniman Noses (Horniman Museum and Gardens, London, 2019) were a series of false noses inspired by the museum collections. The Gold Nose of Green Ginger (Hull UK City of Culture, 2017) was a magical realist installation for the people of Bransholme.

After a BA in Drama & English at Bristol University, Sofaer went on to complete an MA in Fine Art at Central Saint Martin’s College of Art & Design and was subsequently awarded a PhD from Dartington College of Arts.

Sofaer was a winner of the 2009 Bank of America CREATE Art Award, and the first Artist Fellow on the 2010/11 Clore Leadership Programme. He is an accredited Relational Dynamics Coach. 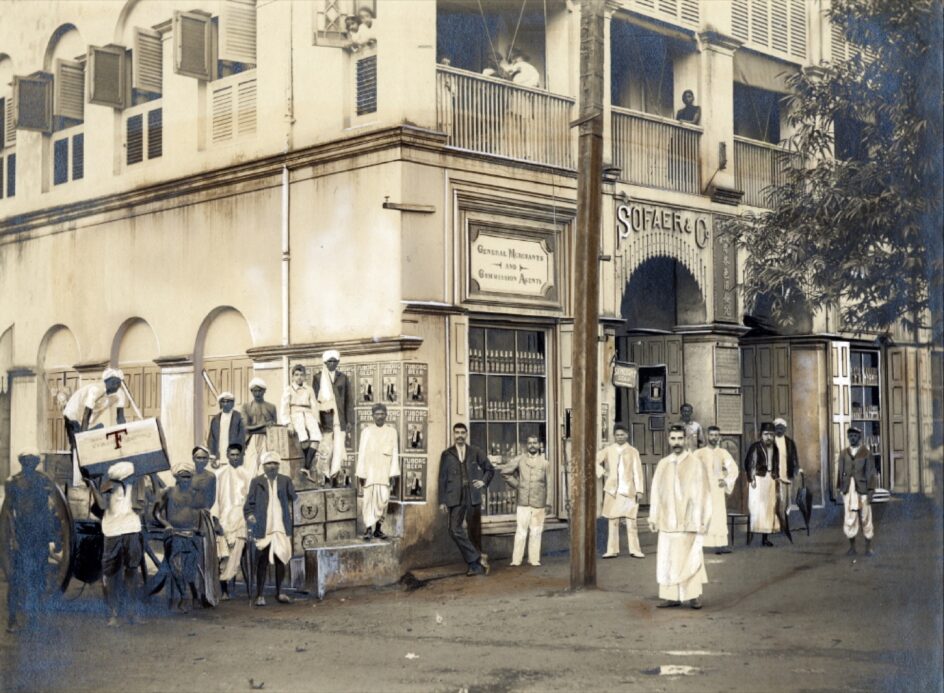 People often ask me where I am from – or even worse say “What are you because you look Italian or Greek or something?” And I’ll say “Do you mean where was I born?” – and thinking they’re going to hear something ‘exotic’ they say “Yeah” and I’ll reply “Cambridge” in the poshest voice I can muster. And then they say “No, but originally”.

“Well” I say, “in 597 BCE Nebuchadnezzar of Babylon invaded Jerusalem. After sacking the city he brought the King and his officers back to Babylon. My forefathers were part of that Royal household.

So then my ancestors stayed in what became Persia, later Baghdad in Iraq. In 1877 my great-great-grandfather left Baghdad with his 10 year old son for Burma, as a kind of economic entrepreneur. Born in Rangoon my grandfather left Burma as a young teenager to live with relatives in Calcutta in India. That is where he met my grandmother who was also his first cousin once removed. Her father was born in Aleppo in Syria and I’m not entirely sure how he ended up in India. Anyway they came to the UK in the 1930’s, and my Dad was born in London.

That is on my father’s side.

My Mother’s side is a bit more complicated. They probably went to Eastern Europe some time in the fifteenth or sixteenth century from Germany where they had settled in the second half of the first millennium sometime. Anyway, her paternal grandfather was born in 1880 in Gashmanka a town somewhere in Russia, but moved to Dankera in the province of Kurland near Riga, in Latvia. He decided to emigrate to the USA for a better life, so he got on a boat to New York. When it docked on the Irish coast en route on the 22nd October 1904 he thought he was already there, so he got off.

I was born in Cambridge, but we moved to Edinburgh when I was one year old, and that was where I went to school.”

And when I’ve finished this brief introduction a common response will be, “Oh, but you don’t have a Scottish accent”.