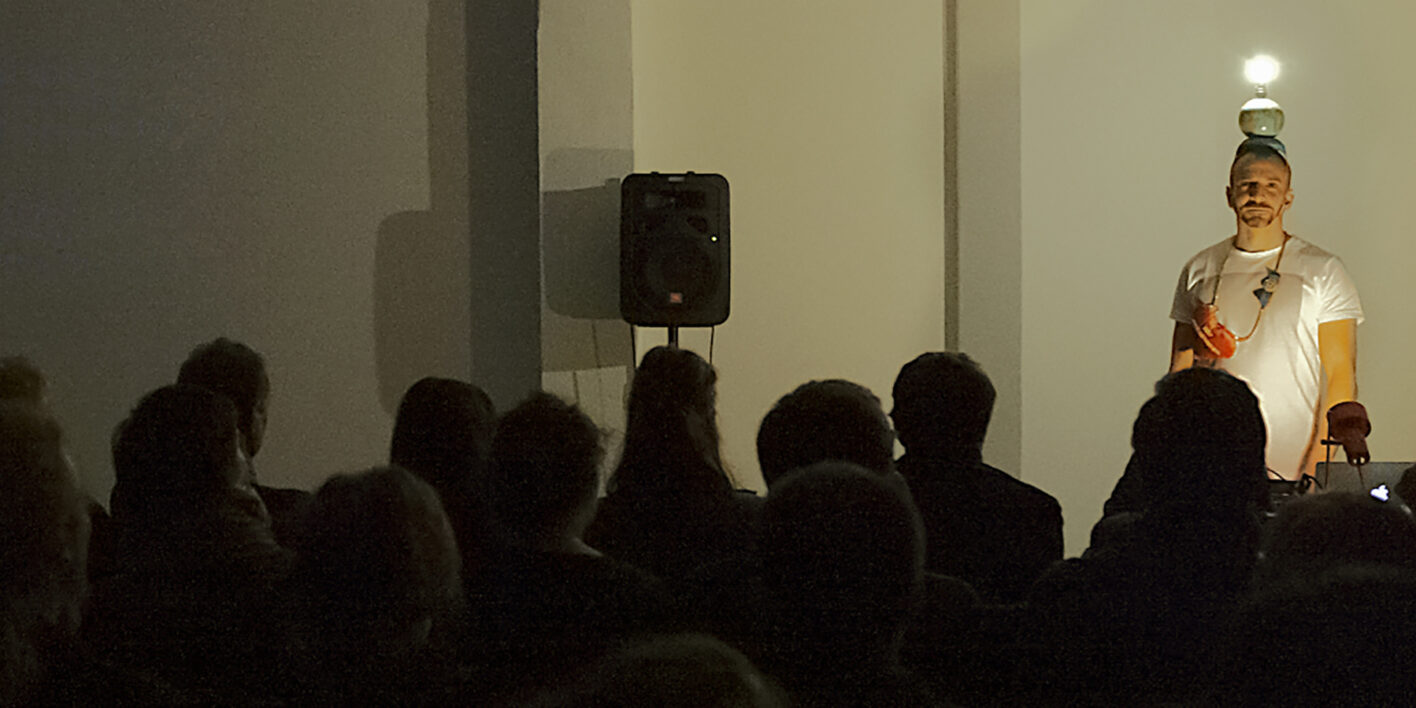 What does it mean to be an ambassador for art? In this performance lecture Joshua Sofaer pursues the idea that artists should advocate on behalf of culture. The lecture was delivered in French in a translation by Sebastiano Marras.

The Greek dictum was to ‘know thyself’. But this is something impossible according to neuroscientist David Eagleman: “In the mansion of the brain the conscious mind is the broom closet,” he says.

You are not one thing. Each of us as an individual is made up of lots of competing parts. When we say “I have and idea,” or “I think that we should do so and so,” the ‘I’ is not the one having the idea or thinking. There is no singular authoritative ‘I’. Rather Eagleman describes the neural competition in our brains as teams of rivals, like a parliamentary democracy.

Yes, there is a single output channel that we call, ‘I’ and ‘you’ but inside the brain the activity is legion. Eagleman illustrates this with the simplest of examples. At a party you are offered a piece of chocolate cake. The members of your parliament then start haggling. One contingency argues in favour of a high-energy glucose source, another for the nostalgic taste, on the other side, a group of parliamentarians gather to weigh up the fat content and the amount of time you will have to spend in the gym. The parliament (not you, Eagleman says) fights it out and comes to a decision. Often the fight is between emotion and reason.

If the deciding whether or not to accept the invitation for something as simple as a piece of cake engages this battle, imagine the debates to be had over more complex issues, particularly about who we are and what we stand for. Some of those parliamentary debates can last a lifetime.

It is perhaps no surprise that as the ambassadorial system became more widely used in 16th Century Europe, French essayist Michel de Montaigne wrote: ‘There is as much difference between us and ourselves as there is between us and others.’ Perhaps the true conflict lies inside us, rather than between you and me, or us and them.

So my message to you is: Be an ambassador for art. Lobby your internal parliament. Get it to form a coalition. Proselytise on behalf of art. Represent art beyond its borders.

As the French artist Robert Filliou said: ‘Art is what makes life more interesting than art.’ What better reason could there be to spread art’s message abroad.