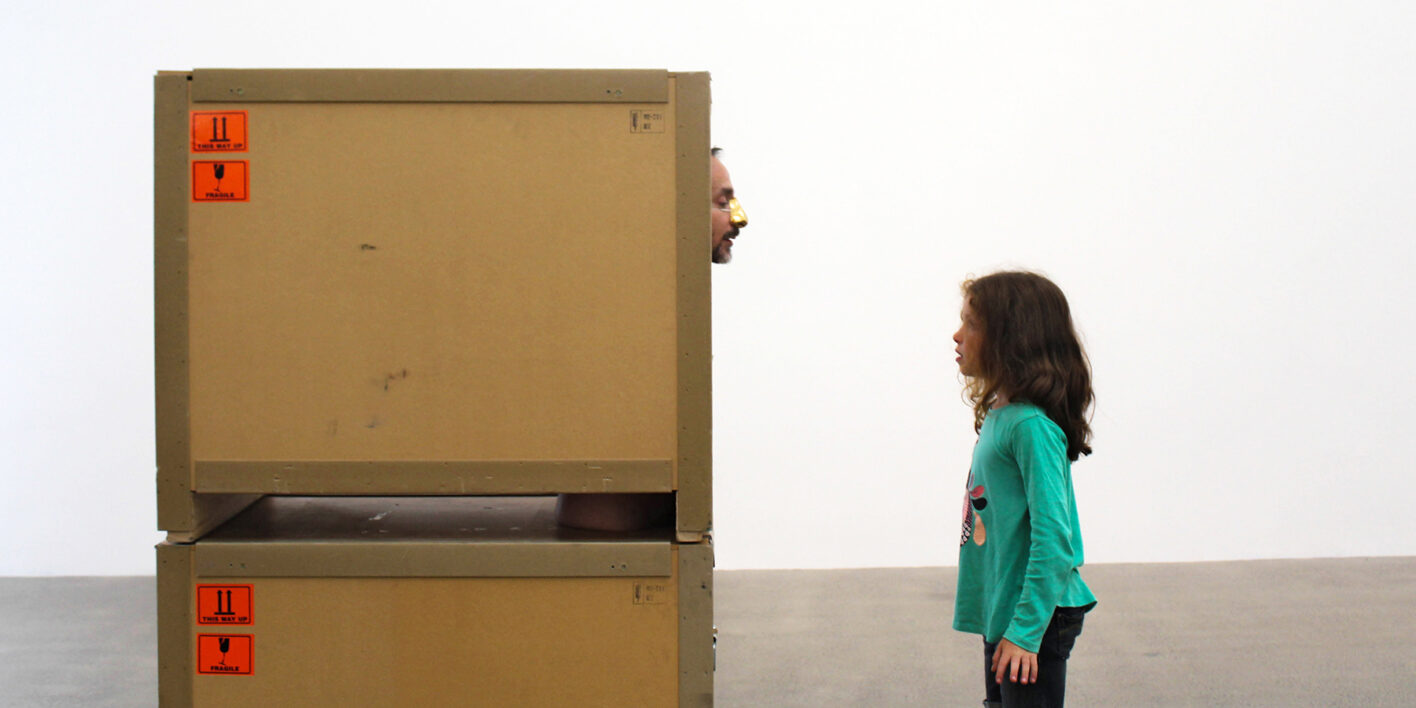 A wooden packing crate stands in the Te Uru Waitakere Contemporary Gallery. It is the kind used to transport art and precious objects across the world: to export culture. Sofaer’s head comically pokes out of a hole cut in the wooden case. He is wearing a gold nose. He has cast his own nose and strapped it back on.

Bang slap in the middle of our faces, our noses are often ignored. We only notice them when something goes wrong; when they are scarred or pock marked, broken, or missing. Before reconstructive surgery, those that lost their nose, through war or disease, would wear prosthetic noses made out of metal or wood. Actors wear prosthetic noses to shift their identity. Cheap plastic fake noses are worn at carnivals, Halloween or at fancy dress parties; they are comic disguises, which never pretend to be other than fake.

The gold nose is at once a kind of protective armour and an ornamental piece of jewellery in a precious metal that is nevertheless still comical. Peering out of the packing crate, as if he had just been shipped in from abroad, Sofaer is asking what it means to enter into the aesthetic, artistic, intellectual and social complexities of a different land. He purposefully makes himself a comic curiosity.

They Come From Far Away was curated by Mark Harvey and Andrew Clifford.