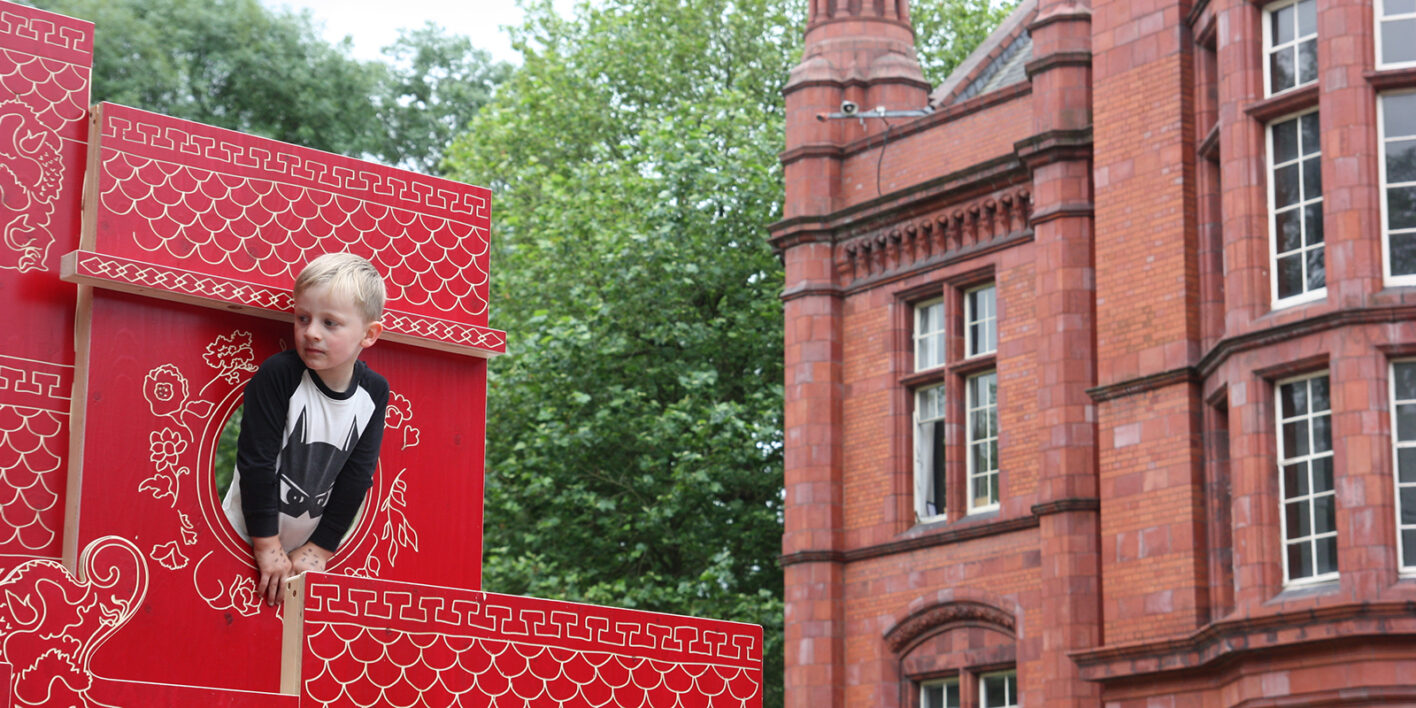 Mouse Palace is a collaboration between the artist Joshua Sofaer, the mice Bella, George and Halloween and the designers of How About Studio. It is inspired by a mouse palace which was made almost 200 years ago. Children loved to watch the mice running about their palace. Joshua’s giant Mouse Palace gives you the chance to watch humans in just the same way.

The precedent for Mouse Palace is in the collection of the Jim Thompson House Museum in Bangkok, Thailand. In 1958 the American businessman and designer Jim Thompson built a house in Bangkok to display his large art collection. When he mysteriously disappeared in 1967 the house became a museum and is now a popular tourist attraction. Within this museum is a mouse palace, a 19th Century structure made by Chinese carvers. The four-tiered glass-fronted box is divided into a series of chambers, windows and tunnels. As the mice run around their house, children watch entertained. 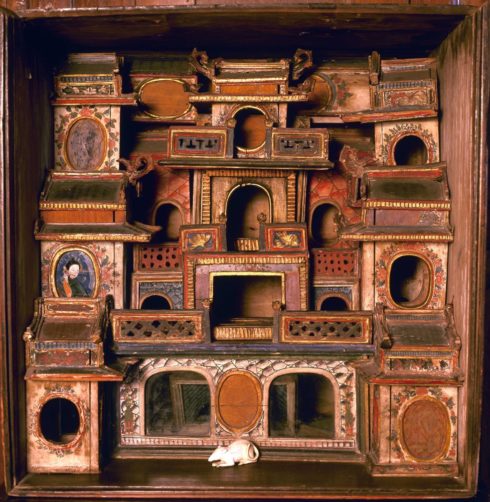 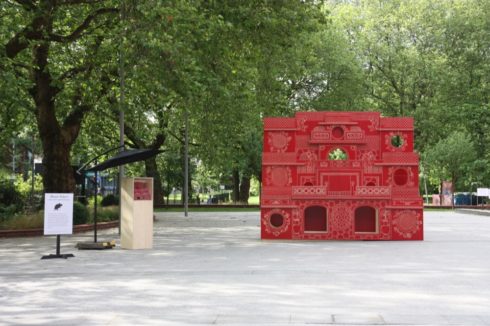 The palaces are beautiful and intriguing structures on their own, viewable by thousands, they become activated by the participation of humans and mice. 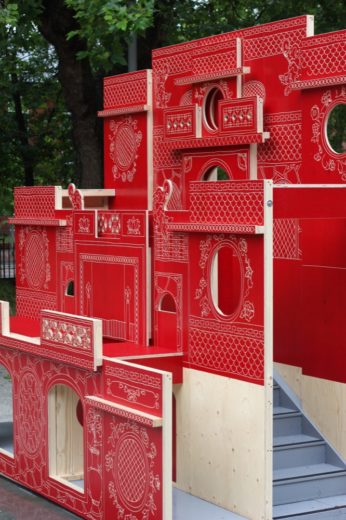 Animal welfare is at the heart of the project, drawing a direct parallel between human and non-human animals. Humans and mice have a common ancestor, 80 million years ago. Humans and mice share virtually the same genes. We are 85% identical. Mice are revered and feared.

Mouse Palace by Joshua Sofaer, designed and built with How About Studio.