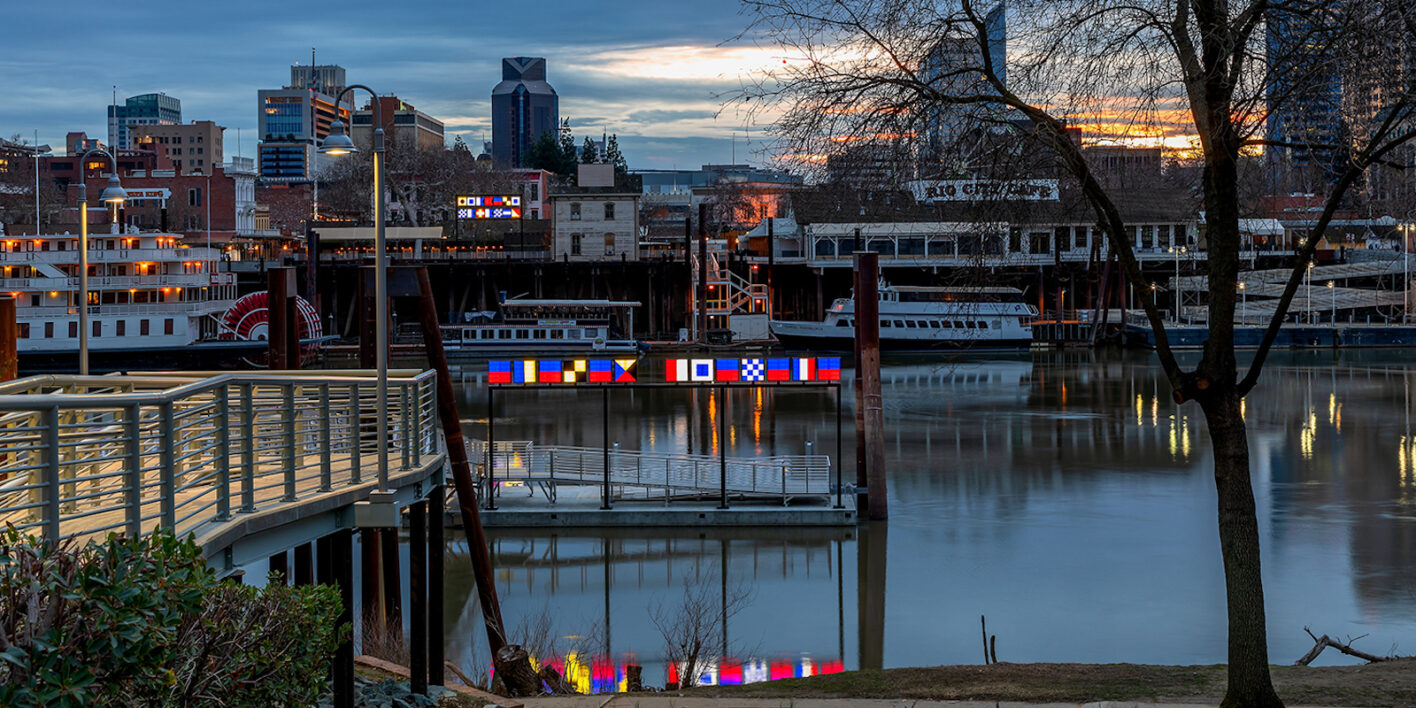 In Summer 2019 River Crossing: I want to communicate with you invited people to nominate someone to be commemorated by having the public dock in Sacramento or West Sacramento named in their honor. Beyond a 250-word limit for nominations, no criteria were set. We invited stories of personal loved ones as well as those of national significance. In fact, River Crossing was especially interested to discover the stories of everyday kindness and affection which are meaningful to us as individuals but would not normally result in a person being considered for the naming of civic space.

During the nomination process we distributed thousands of brochures, set up stalls at public events, ran workshops, gave interviews, and tried our best to get people thinking about who they might nominate. It’s a big ask. To take time out, to try to find the right words, to put your heart on the line, to publicly proclaim the story of someone that is important to you next to many others, is not easy. We had 652 nominations, which form an amazing collection. Some tell the stories of civic champions, others of family relationships. Some stories are one-offs, others stand for every person. Some stories tell of the great triumphs and tragedies of the nation, others of small acts of kindness.

After a thoughtful and rigorous meeting of the River Crossing judges panel, two names were selected, one for Sacramento and one for West Sacramento, which will become the names of the docks in each city. The judges have chosen nominations by two granddaughters of their grandmothers. These personal accounts demonstrate the importance of intergenerational role models. At the heart of both of these nominations is the Sacramento River, which marks the boundary between Sacramento and West Sacramento, and also binds the two cities together. The Sacramento River has played a vital role in the lives of the people of both cities, as a navigable route, water source, and gathering place. The judges hope that in naming the docks after these two inspirational women, people will find renewed meaning at this point where the two cities meet.

As the culmination of the River Crossing project, two large-scale light box installations spelling out the new names of the docks in the international language of maritime signals have been installed at each waterfront. Isabel Naranjo is the new name of the Sacramento dock and Etenesh Zeleke is the name of the West Sacramento dock. The names of two women who immigrated to this region face each other as they shine across the Sacramento River. These names represent all of the people of our communities and symbolize our connectedness across the river.

A publication and website shares the stories of Isabel and Etenesh, as told by their granddaughters, and also of some of the other nominations that we received. How do you judge between these nominations? How do you select one story over another? Is a mother’s love worth less than a hero’s courage? Does a symbol of the struggle mean more than an act of neighborly care? Of course, it is impossible. We can only ever enter a dialogue. And that has really been what River Crossing: I want to communicate with you has been about. The light box installations signal across the river to each other between two cities, but amongst one people. They represent not just the story of the individuals whose names they spell out in maritime signals, but of our collective need to honor those who are most meaningful to us.

A selection of the nominations can be read on the project website: www.rivercrossing.name

Some mornings, I’d wake up to Grandma Isabel loading food, clothing, and supplies into her black 1974 Caprice Classic. I loved those mornings, knowing she’d eventually load me into the car, too. I’d swivel in the bucket seat, anticipating our excursion along the Sacramento River. As her eager co-pilot, I helped deliver supplies to farmworker families and played with the children at each stop along our route. I was too young to comprehend the tears in their mothers’ eyes when we left; gratitude, relief, and a silent unspeakable understanding.

Isabel Naranjo was a migrant farmworker with a 4th grade education. She worked in various California camps before settling in Sacramento with her mother and four children. She was a single-mother, provider, and protector. In her late 40’s, she went back to school, received her college degree, and became an advocate for migrant farmworker families. Knowing the daily challenges farmworkers faced, from feeding and clothing their families to educating and keeping their children safe, my grandmother was driven to fill the critical need in these communities.

She helped establish childcare centers for the children of migrant farmworkers in parts of Yolo and Sacramento counties. She secured funding for the centers which provided meals, recreation, and educational curriculum. I nominate Grandma Isabel, in hopes that her work, her life, and her legacy will be remembered. 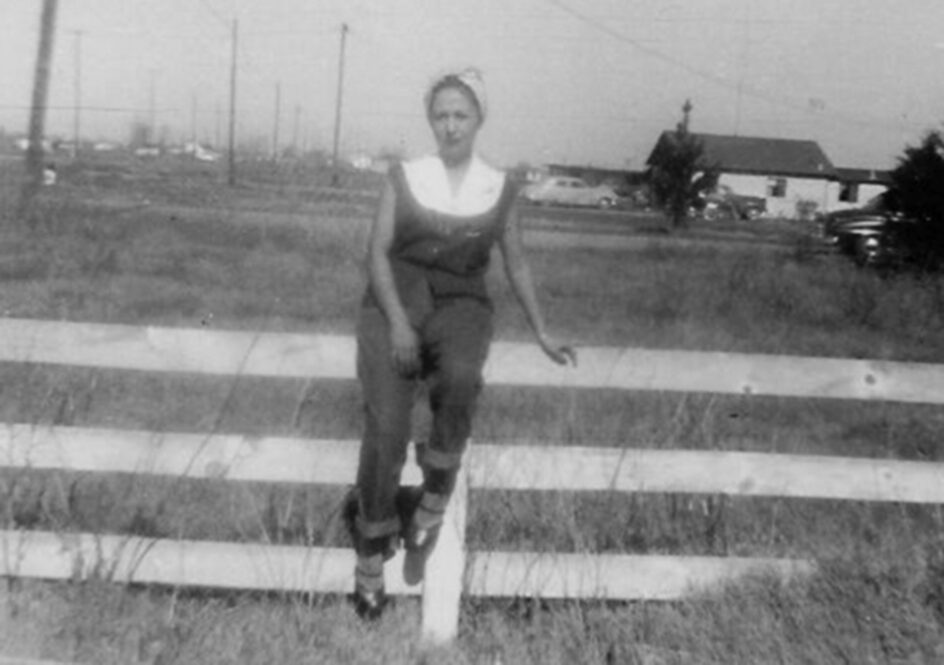 The River Crossing judges panel has selected Isabel S. Naranjo for the naming of the Sacramento dock due to her strong commitment to her family and her community. As an advocate for migrant farmworkers, the judges were inspired by her passion for providing care and resources to this often overlooked group of people. As a child of immigrant farmworkers who worked tirelessly to achieve her goals, she gives immigrant children hope that they too can achieve their dreams. By naming the Sacramento dock after Isabel, the judges believe visitors
to Sacramento will see the city as a place that welcomes immigrants with open arms.

In East Africa, the Nile River has always been a point of friendship. Wherever the river runs, the people would gather. The river is where people would take a break, share their secrets, and pour their stories into a vessel that will never overflow.

Growing up in West Sacramento, my river was my grandmother, Etenesh. As the story goes, my great-grandmother was an only-child who carried the weight of loneliness. She had no one to grow up with, and no one to hear her stories. So when her daughter was born, she named her Etenesh which means “You Are My Sister”. Etenesh was her announcement of friendship, and a proclamation of the end of her loneliness.

Etenesh went on to have 10 children, who each had children of their own, and we all emigrated from Ethiopia to West Sacramento in the mid-90s. At first, it was difficult to adjust to a new country, a new culture, and cope with the longing for our homeland. But every week, we went to visit our river, and build a community full of laughter and joy. West Sacramento became a second home, and new memories began to flow.

Etenesh was my river in the way that she carried my family through infinite journeys and provided a fluid space for communal storytelling.

Etenesh lived in a small home in West Sacramento and passed away in 2016. She was a stream of hope for her mother, and continues to provide solace wherever she flows. 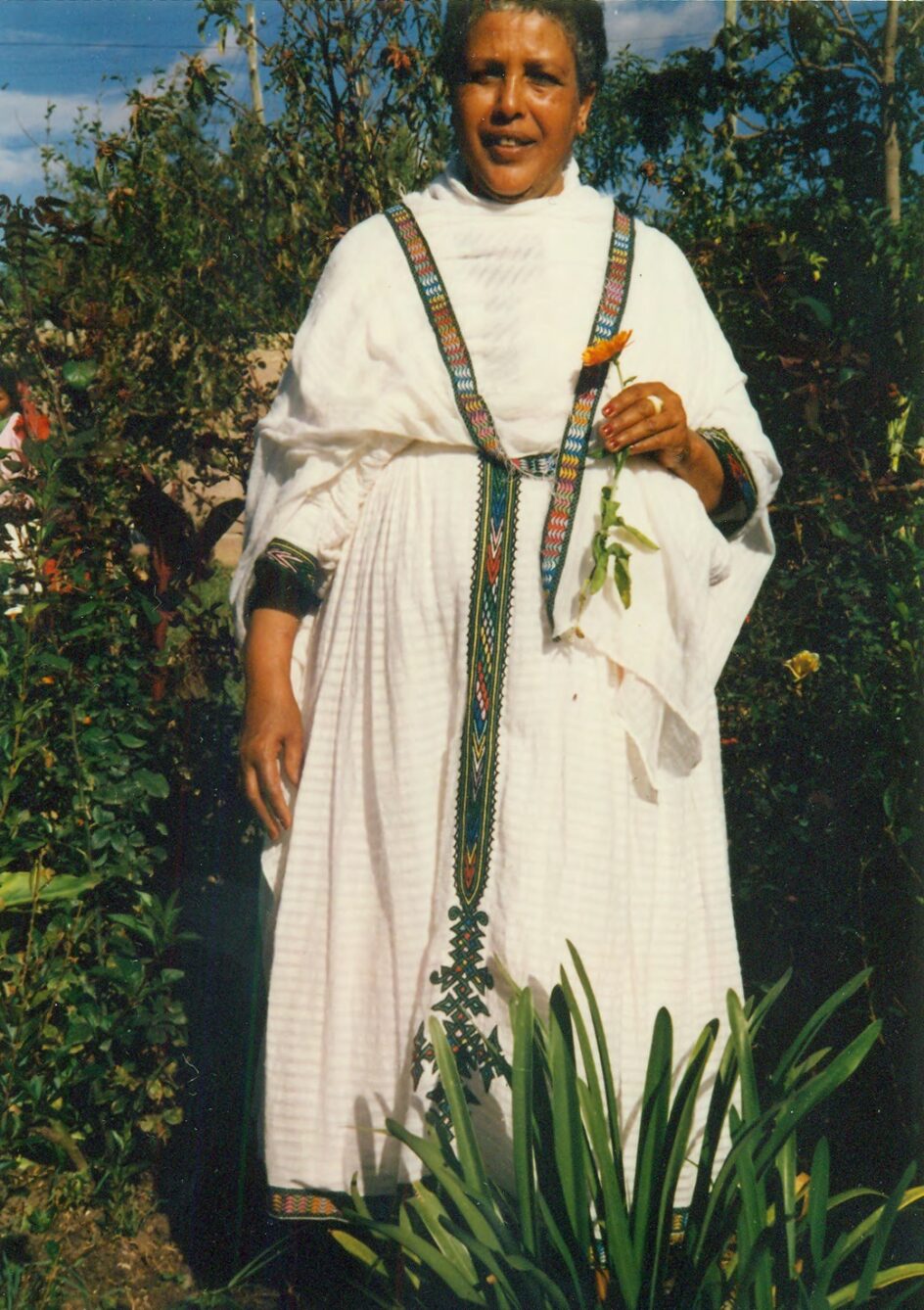 The River Crossing judges panel selected Etenesh (You Are My Sister) for the naming of the West Sacramento dock. The judges were inspired by her unique story of modern immigration, the abundance of love she had for her family, and her connection to the river. The judges were moved by how Etenesh Zeleke helped her large family integrate themselves into the West Sacramento community while maintaining ties to their Ethiopian heritage through gatherings and storytelling. The judges were drawn to the beauty and uniqueness of her story and believe everyone can see a part of themselves in Etenesh.