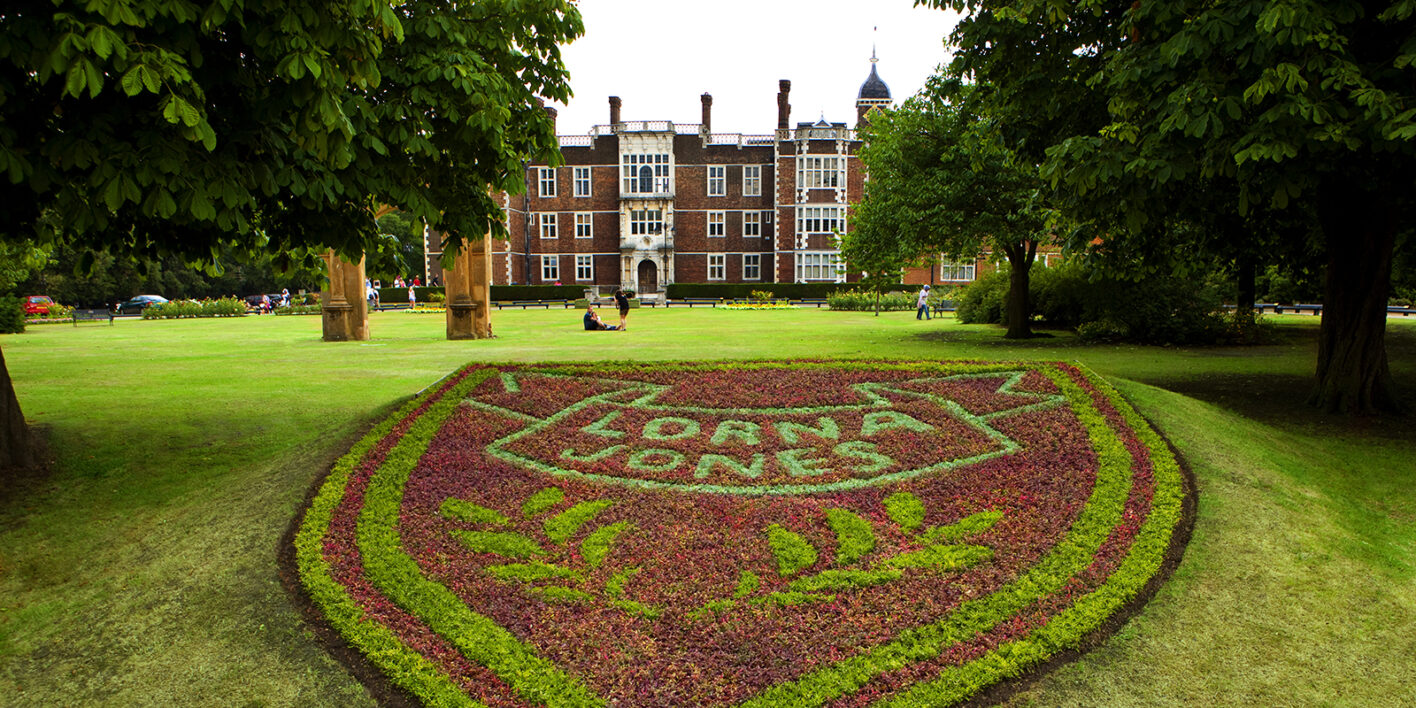 Rooted in the Earth began with an invitation to members of the public to nominate someone to be commemorated in living plants in a London park.

The competition opened on 20 April and closed on 22 May 2009. During this time hundreds of people submitted their nominations through the website www.rootedintheearth.co.uk, by post, or at one of the many workshops that were held across London.

A panel of judges chose five winners from the names and reasons submitted, one for each of the participating boroughs.

The winning nominations were then planted out as decorative ‘carpet beds’ in parks and green spaces across Greenwich, Hackney, Newham, Tower Hamlets and Waltham Forest, the five host boroughs of the 2012 London Olympic and Paralympic Games.

Rooted in the Earth asks who we want to reward in society today and how we should reward them. It kick-starts discussion on a range of themes including citizenship, history, family, and civic pride.

Rooted in the Earth is a Bank of America 2009 CREATE Art Award commission by the artist Joshua Sofaer. It is part of CREATE, an annual arts festival across East and South East London.

Our daughter Lorna, aged 20, died in January this year after bravely battling the disease Cystic Fibrosis for over 15 years. She made the most of life even during long and numerous bouts in hospital, caring for a disabled friend while at secondary school.

In the summer of last year Lorna was told she only had months to live, instead of years. She had worked hard all during both her school and college life and was hoping to continue the second of a three year course doing Car Vehicle Mechanics when she died. Even though people did not think she could do it, she was doing well in the course, bearing in mind her petite 4′ 11″ height and 6st 3lb weight.

She was a bubbly, caring and thoughtful person with a great sense of humour and fun. She worked for Greenwich Library for 3 years and was in service with them when she passed away. She manned some of the London Marathon water stations for 3 years with friends from her secondary school.

Lorna lived her life in Greenwich. Memories of her are everywhere. She was born in Greenwich Hospital and was a patient at both Greenwich and Queen Elizabeth Hospitals. It was at QEH that she was chosen to present flowers to the Queen at the opening ceremony and it was also here that she met the end of her life on 6th January 2009.

Lorna loved everything to do with wildlife and flowers and always enjoyed going to the various open spaces in Greenwich.

Alison Orphan has been a pioneer in bringing to the fore difficulties in being a parent of disabled children and young people in the borough of Newham. She set up an original support group for families in Canning Town nine years ago, and the work has expanded to include parenting, family support, inclusive leisure and employment projects. In 2004 she facilitated the setting up of the charity Real Life Parenting to consolidate this much-needed work in the area.

Alison has two children, one of whom has severe autism and learning difficulties, but still has time (somehow) to play an active role in the charity. Real Life Parenting works with around 300 families in Newham.

I would like to nominate my friend and colleague Fatima Roberts for Rooted in the Earth. Fatima is a rooted in the earth, salt of the earth, fantastically fabulous, living saint of a human being. She spends her days and nights outreaching on the streets, supporting and lobbying for Hackney’s most vulnerable women with reserves of empathy, patience and commitment that inspire and energise everyone around her.

Fatima is resourceful, brave and fiercely intelligent and her belief that vulnerable people deserve to be included and supported, no matter what their circumstances, is evidenced in her work everyday. Fatima is also the warmest, kindest, funniest person I know. She is a mother, grandmother and her lively household is always crammed with children, injured squirrels, sad pigeons and anything else that needs loving back to life.

Fatima Roberts works to support vulnerable and homeless women in Hackney. She has engaged with this client group for many years and is well known and trusted by this highly excluded community.

In these crazy days, it is a huge comfort to me that Fatima exists. That it is possible to approach your life and work with rigour, passion, patience and integrity. I nominate Fatima Roberts for being Rooted in the Earth.

At 101 Frank Whipple has seen the East End change. He was involved in the battle of Cable Street in the 1930s campaign against the rise of fascism. He served as a reserve policeman in Leman Street during World War Two as his war duty whilst the East End got a pasting.

Since the 1970s he has been the sole carer of his daughter Peggy, who has special needs. When she was born Frank and his wife were advised to put her in a home but were determined she would enjoy family life. Frank became heavily involved in Tower Hamlets Mencap offering support to other families and got his daughter involved in visiting a community centre during the day. Even now when social services offer some help, he does the washing up and prepares the evening meal – and fills their home with love. He has saved social services a fortune over the years and is an unsung hero.

Frank is also a lifelong supporter of Millwall Football Club, from the days when it was based on the Isle of Dogs and still attends as many home games as possible. He attended his first march 90 years ago.
Frank Whipple lives in Tower Hamlets and has been involved in key events in its history.

Despite being 77, Florrie works tirelessly for her local community in Waltham Forest. She chairs the local council tenants area forum, is the chair of the Friends of Lea Bridge Library Gardens and a member of the local policing panel. She is always helping her neighbours, both at her local church and in the wider community – whether cleaning up the gardens, making tea for fundraisers or simply looking after others. She is a well-known and loved local hero.

Florrie always tells me how proud she is to live in ‘Olympic’ Waltham Forest, which she has done for 45 years.
Florrie hates fuss but would thoroughly deserve this tribute and it is about time all of us in Walthamstow did something to say thank you for all that she does for our area. I am honoured to be able to call her a friend.

Rooted in the Earth was curated by Hadrian Garrard for CREATE