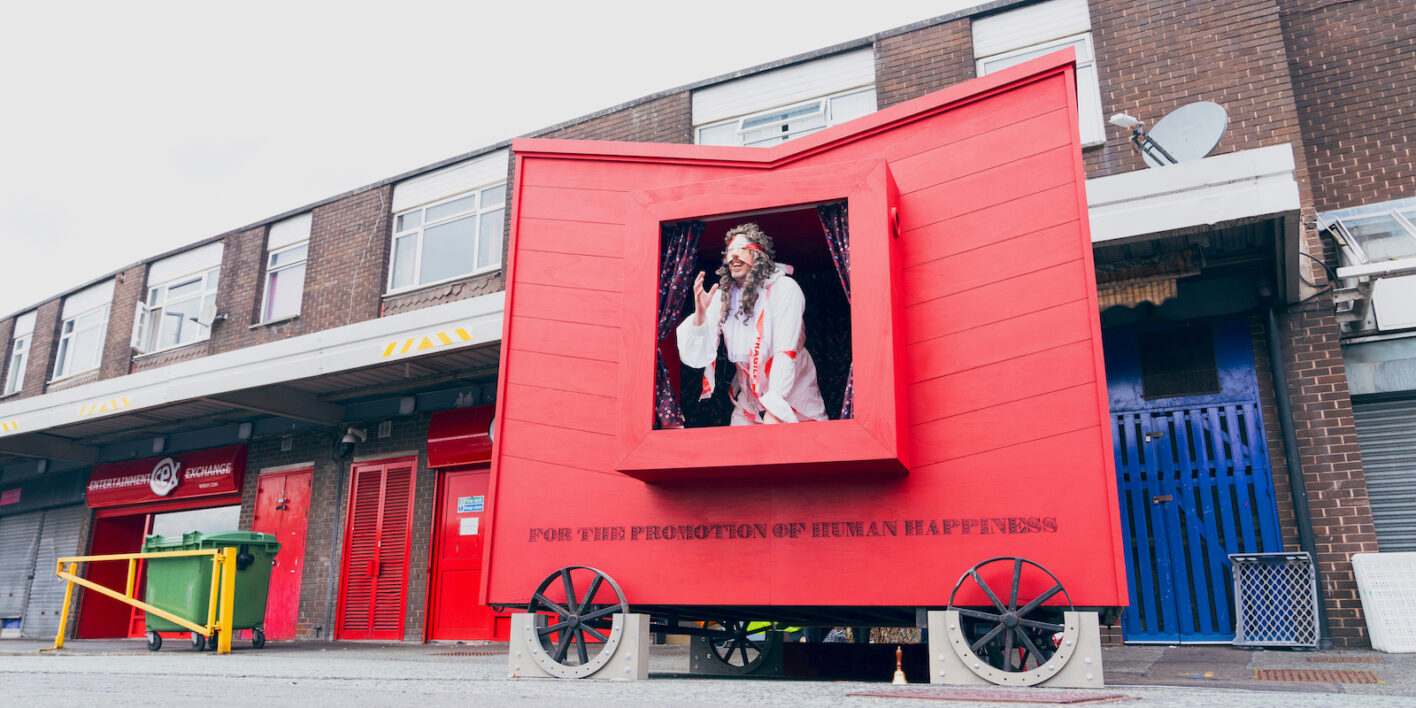 Cap & Dove was a tiny travelling arts centre, housing a one-window museum, theatre, and shop. It was a Peterloo legacy project, celebrating protest, liberty, and equality. Commissioned by Greater Manchester Arts, the ‘art centre on wheels’ took art, performance, and storytelling to the heart of Greater Manchester communities, Bury, Bolton, Manchester, Oldham, Rochdale, Salford, Stockport, Tameside, Trafford, and Wigan in the summer of 2021. 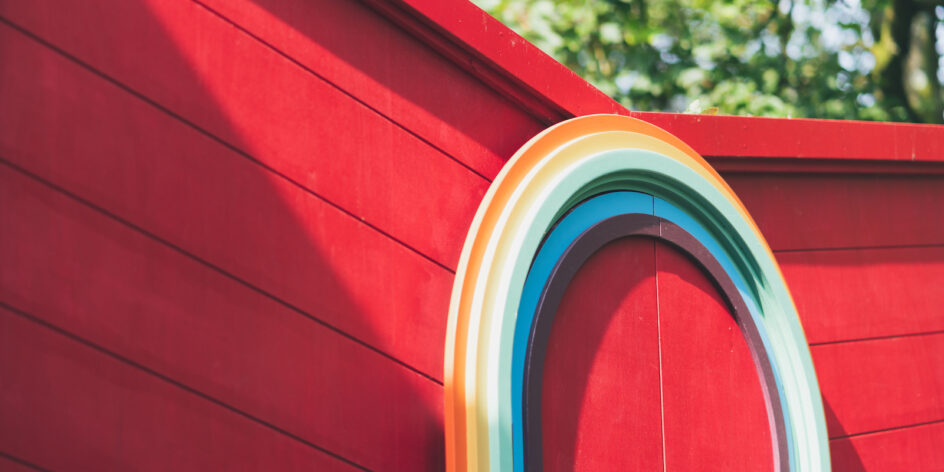 The design, build and tour of Cap & Dove emerged from research into local histories and contemporary concerns. It was a commission to Joshua Sofaer to mark the 200th anniversary of Peterloo. The Peterloo Massacre took place at St Peter’s Field in Manchester on 16th August 1819. Cavalry charged into a crowd of 60,000-80,000 people who had gathered to demand reform and parliamentary representation.

The title comes from the ‘cap of liberty’ and the ‘dove of peace’, two symbols of protest. Each element of the design incorporated references to the region’s industrial past and social history. Based on the platform of an election cart, used widely on campaign trails in the early 19th Century, elements from the paintwork, based on Regency-period textile samples and the river system that powered the region’s industrial boom, to bespoke wallpaper celebrating the first NHS patient, refers to Greater Manchester’s rich and radical history. The solid brass nose door handle was cast from the Middleton Cemetery memorial to the author, Samuel Bamford who, being an advocate of public defiance, led Rochdale’s people to protest at Peterloo. A decorative, tiled floor, using natural dyes including red cabbage and onion skins, was inspired by techniques of traditional Salford tile-makers of the Victorian era.

You can read a full account of the symbolism of Cap & Dove and the meanings behind its decoration here.

At each stop on the tour a mini day festival of activities was curated. The strands of programmed work on each day included:

Cap & Dove was produced by Debbie Chan, Caroline Smith, and Sarah Bond. It was project-managed for Greater Manchester Arts by Kirsty Connell.