As part of his secondment to the new charity Action for Happiness based at the Young Foundation, Joshua has been thinking about how you might visualise what a happier society could look like. For the launch of Action for Happiness at the Jerwood Space in London he devised an interactive experiment to try and encourage people to imagine what their own happier society could be. 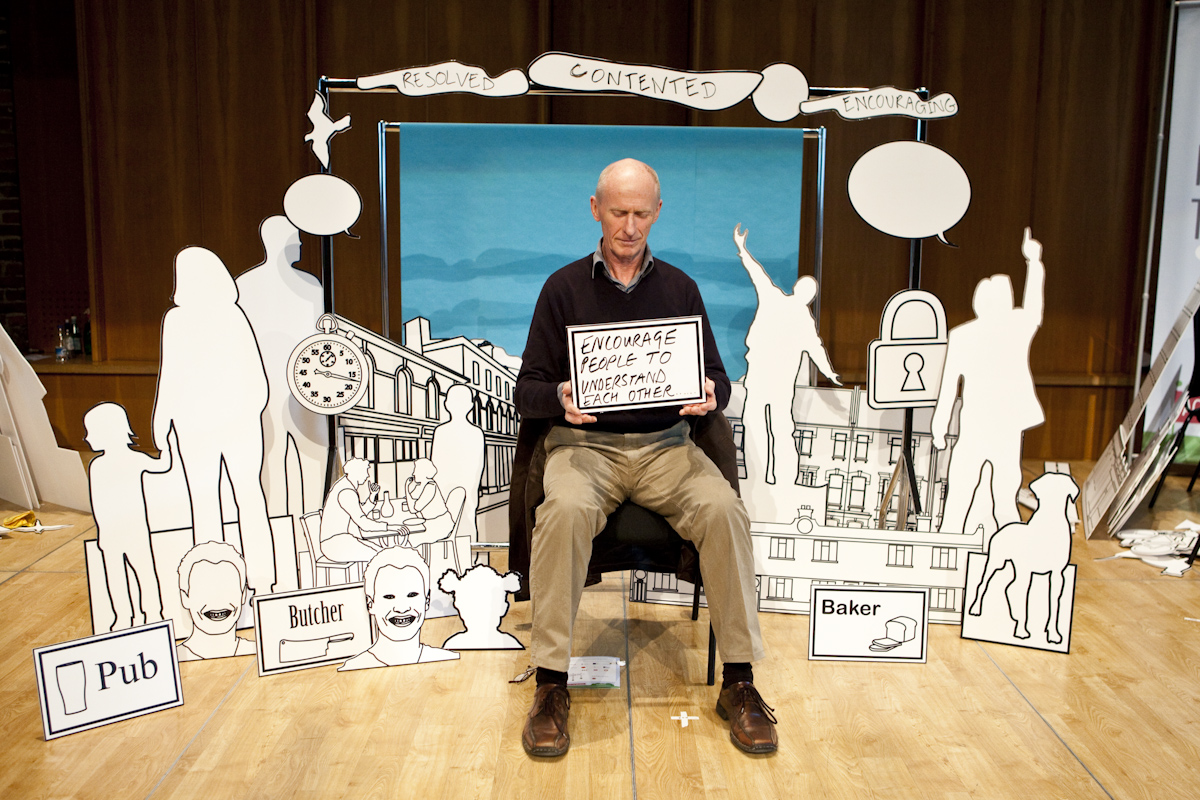 Great Dream at the launch of Action for Happiness

Participants were asked to shut their eyes and describe where they lived. As they were describing their home and street it was built up around them drawing on a giant vocabulary of shapes. They were then asked what would make it happier. (For most people it was about more connections and greater sense of community.) The shapes around them were then altered to meet that happier image. They were asked how they felt inhabiting a happier society and their response was written in the clouds above their heads. Finally they were asked to commit to one action that would help them move towards that happier society, which was written down and they were asked to hold. A photograph of the scenario was taken and given to them as a spur towards taking that first step towards building a happier society.