I have worked with rubbish before. I have had teams racing around London gathering rubbish for Scavengers at Tate Modern, built a Rubbish Library for ARCUS in Japan, and spent 3 months in Brazil working with ‘catadores’ – human scavengers of rubbish – presenting my findings at Centro Cultural São Paulo. In all of these works I have been interested in pressing questions about the value we ascribe to objects in a world of increasing material suffocation. This June will see my most ambitious project of this kind as The Rubbish Collection comes to the Science Museum in London.

There are two phases. In the first, for 30 days every piece of Science Museum waste – from the cafes, the offices, the workshops and construction sites – will be diverted through The Rubbish Collection to be publicly documented, forming a growing visual archive of the things thrown away.

In the second, following the documentation process, individual items of rubbish will be either retained for display, or sent on their usual journey towards material recovery, recycling, or energy from waste incineration. At various stages in these processes, 30 days of Science Museum waste will be invited back to be displayed in an exhibition. 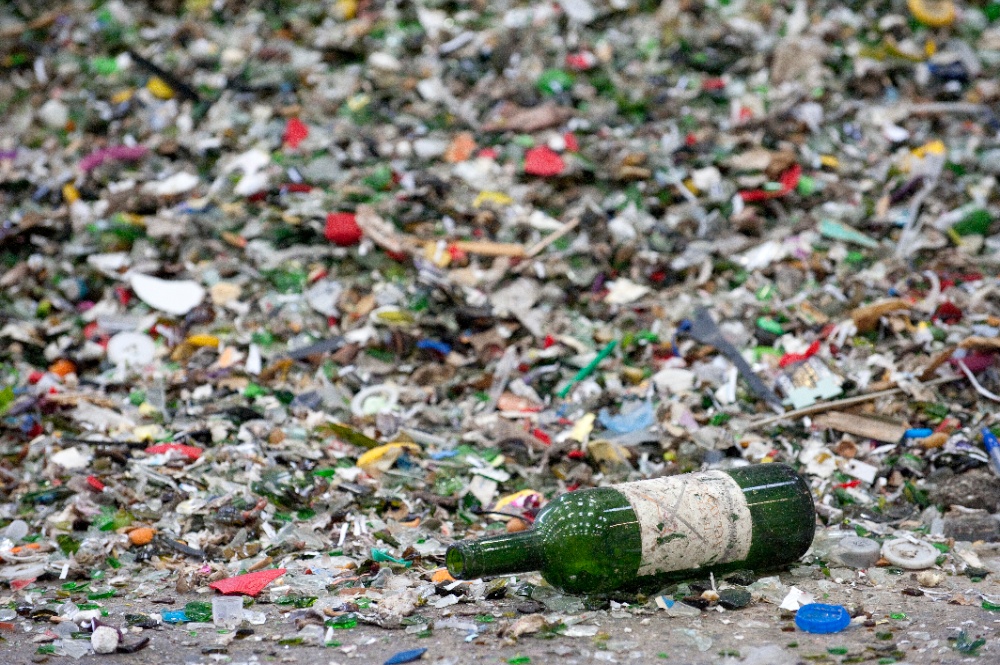 The amount of rubbish the Science Museum throws out in an average month is, err, huge. 24 tonnes in skips and bins. I must say that I think it is incredibly brave of them to use their own institution as a case study like this and to tackle head-on, the amount of stuff that we dispose of.

The process of learning about all the different waste streams and what happens to waste once it leaves the building, has been fascinating. There are many many different routes a piece of rubbish could take and there are a lot of ‘good news’ stories. So what happens to Thomas’ school trip lunch bag once it has been thrown away in a Science Museum bin?

Well that depends a bit on whether it was thrown in the right bin. If it was put in a recycling bin, it will be collected by Grundon, the contractor that deals with most of the Science Museum waste. It will be taken to their Materials Recovery Facility, where it will be sorted, baled, and sent onto a paper mill for recycling.

The Materials Recovery Facility (or MRF as it is known in the trade) is an amazing place. Something like Willie Wonka’s Chocolate Factory only for rubbish. The recyclables arrive into the plant and are tipped. They are then scooped up by a digger before commencing their process on a series of conveyor belts, spinning drums, and infrared sorting machines.

It is very loud! Although there are ‘pickers’ sorting through the rubbish as it comes into the plant to check that what gets through is in fact recyclable, most of the work is machine operated from a central control room.

At the end of the conveyor belts, machines bundle up whatever happens to be coming out at that time. Here we see bales of mixed paper.

But it could be a number of different materials that are sorted: metals, plastics, or as in the photograph below, glass.

If Thomas’ lunch bag was put in with the general waste, it will still be picked up by Grundon but this time it will be sent to the Lakeside Energy From Waste plant, a state of the art facility which produces electricity from an incineration process and sells it back to the grid.

Garbage trucks tip directly into a giant concrete bunker, and a massive claw picks it up and feeds the furnace. It’s all very high tech and about as far removed from the ‘smelly bins’ scenario as you can imagine.

Watching the claw is extremely hypnotic. It’s difficult to tear yourself away!

The building itself is amazing. The floors are made out of a wire mesh and so you can see the stories above and below you at any one time. It’s like being inside an architectural drawing.

The rubbish is incinerated at a temperature of at least 950 degrees for a minimum of 2 seconds and the heat given off is used to run a high pressure turbine which in turn runs an electricity generator.

The only things to survive this process are metals and ash. The metals are extracted by magnets and reprocessed.

There are two types of ash: Incinerator Bottom Ash (IBA) is used as an aggregate in the building industry, for example in road surfacing. Air Pollution Control (APC) is the residual ash which remains after the filtering of the flue gases. This is now being transformed into breeze blocks. So it is really quite possible that you are driving along a road, or visiting a building, which is made of your rubbish. An extraordinary thought. And it goes to show that when we throw something away, even if it has left our consciousness, it doesn’t just disappear.