The ancient walled city of Pingyao in Shanxi province in China has a history dating back 2,700 years. Somehow it has resisted both natural and manmade disasters and is now the best-preserved walled town in the most populous country on earth. It is a World Heritage site, a tourist magnet, and home to 50,000 residents. 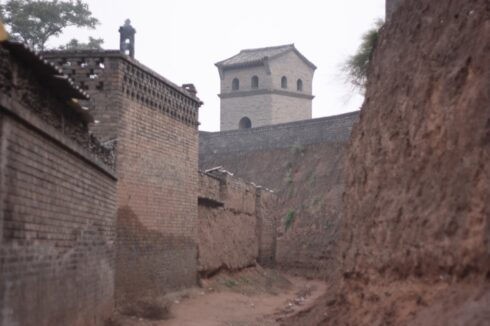 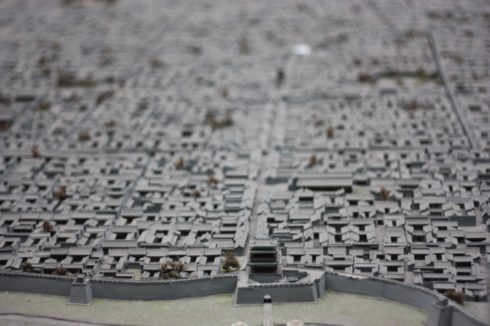 Having spent days in the domestic minutia of the Chinese epic masterwork ‘Dream of Red Chamber’ and hours watching Chinese historical dramas, I wanted see if I could time travel inside its 6,000 meter perimeter walls. 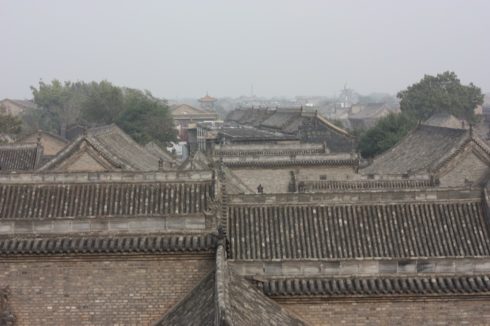 Going during the National Day holiday week, which celebrates the founding of the PRC, and during which an estimated 100 million Chinese travel, meant encountering the most extraordinary crowds imaginable. It was like trying to squeeze the Hogmanay celebrations on the Royal Mile into a camper van. But what we quickly learnt was that the tourists, who were mostly on day trips, and exclusively Chinese, stuck almost entirely to the two main shopping streets. 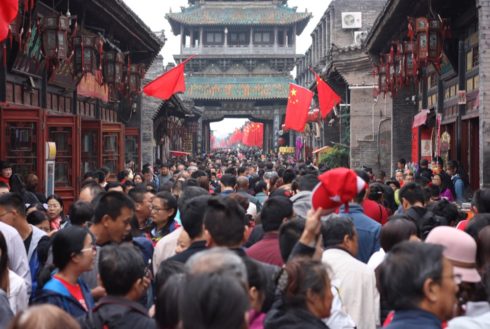 Turning down a side street you quickly escaped the hoards. Staying for a couple of nights, we could experience the Ming dynasty layout in the early morning and late evening, almost uninterrupted. 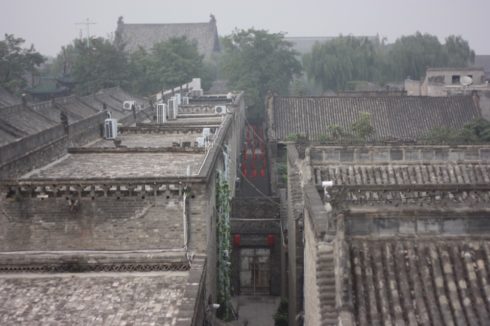 We stayed in Zaibiechu Inn Leifu, a recently refurbished converted traditional courtyard mansion that had once belonged to a bank manager. 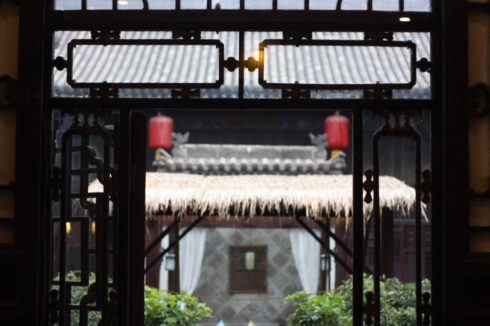 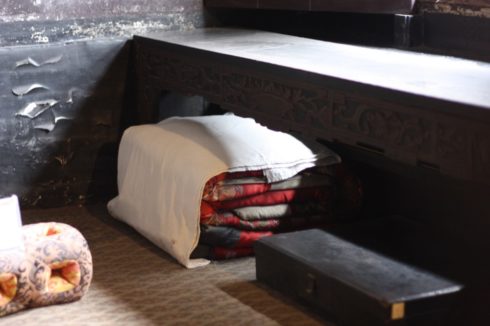 Pinyao is famous as a historical centre for banking. In the Qing dynasty there were 20 major financial institutions in the city, 50% of the country’s total at that time. You can still visit Rishenchang, the first Chinese bank, and if like me, you forcefully suspend your disbelief, as you stare through the doorways and windows into the waxwork chambers, you can almost travel back in time. 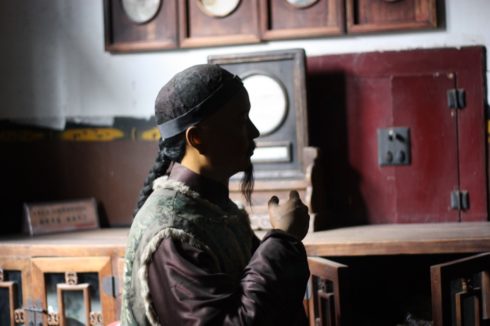 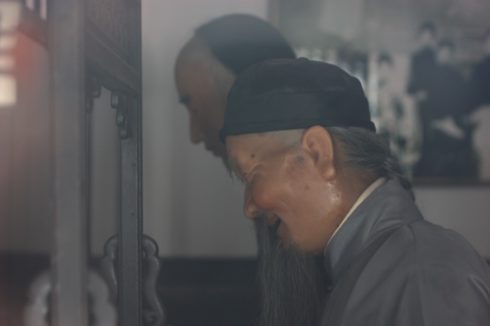 Pinyao is a marvellous antidote to the skyscrapers and factories of the major industrial cities of China. Around each corner is a threshold, vista, or surface begging to be photographed; rendered more beautiful by the layer of fine red earth particles and coal dust which kiss every facade. 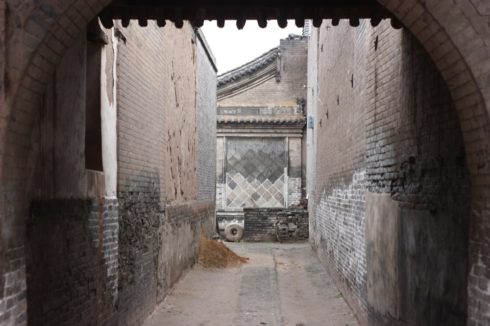 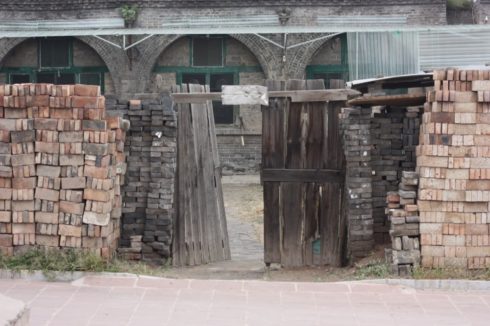 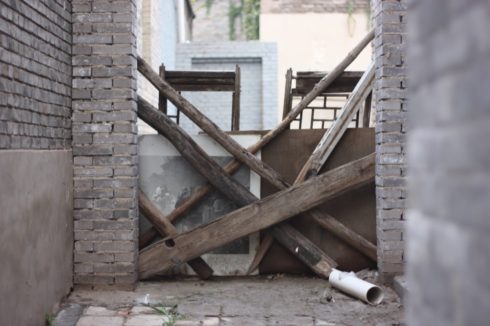 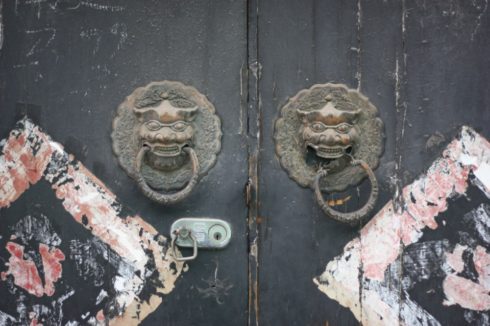 Decay, or rather the continual struggle to resist decay, lends a beauty. The city carries its history in its flakes and patches. 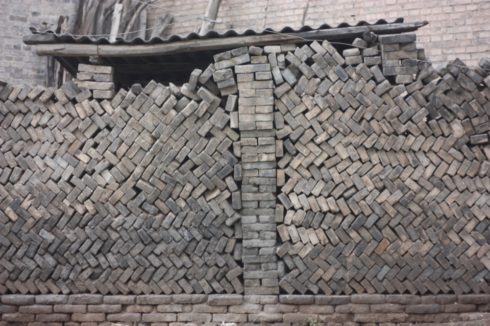 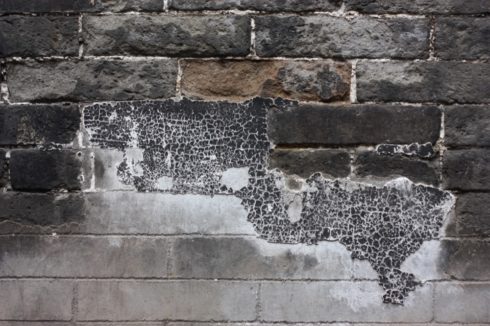 It is not a museum by any means. It is a living and working environment for many. 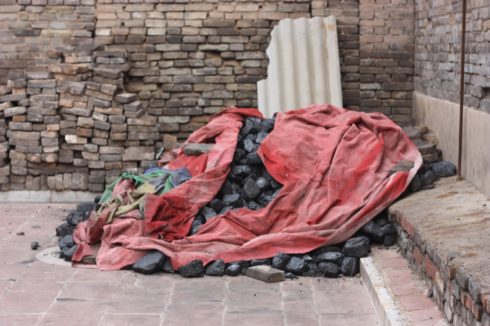 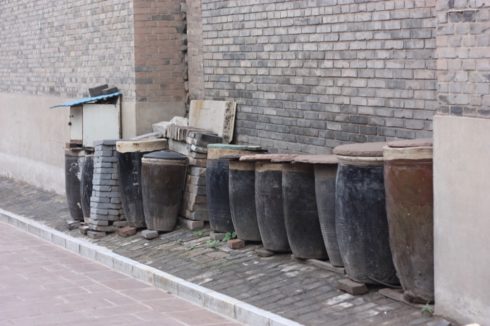 A traditional family run shoe shop, now in the hands of the fourth generation, try their best to maintain the old handmade skills despite the competition from machine fabrication. 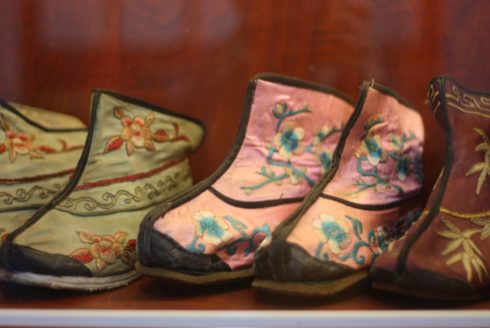 The balloon man wheels his trolly towards the crowds. In amongst the ‘minions’ (the Universal Pictures 1.4 billion US$ grossing animated movie) are some more traditional koi. 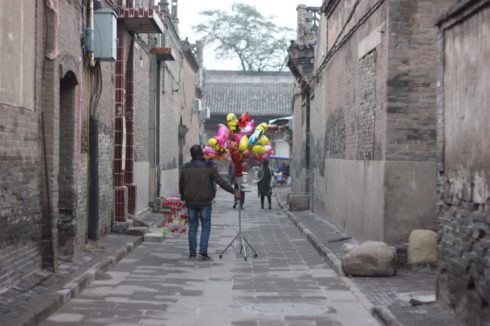 Those koi appear in ponds and basins around the city, and in architectural details as well, like this beautifully carved banister. 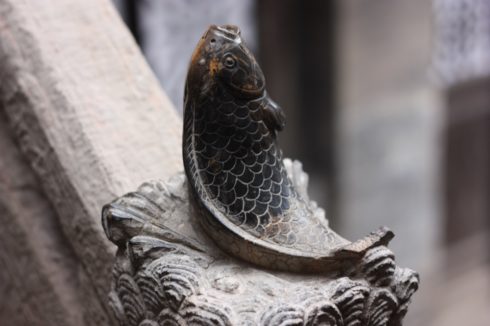 Walking the city walls gives another perspective: one of splendour and simplicity. The yellow tiles of rooftops, the modest courtyards of private dwellings. 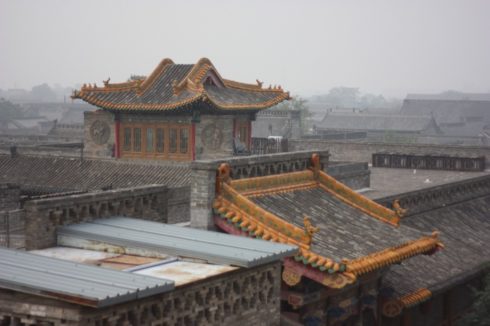 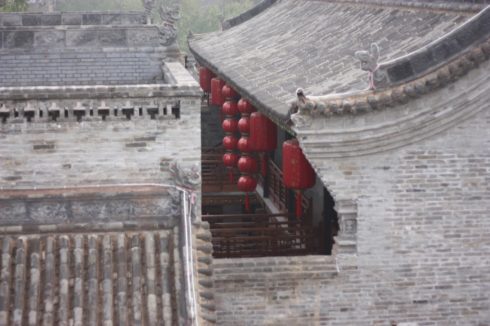 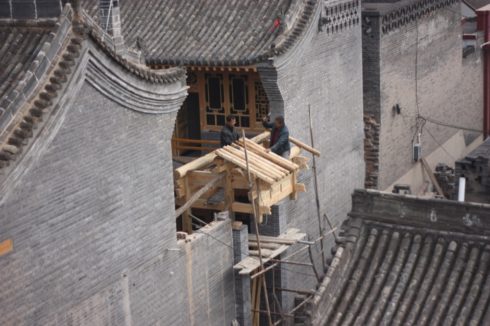 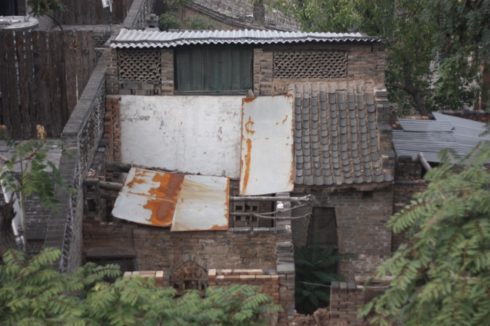 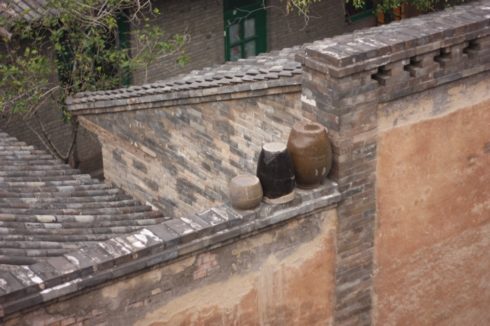 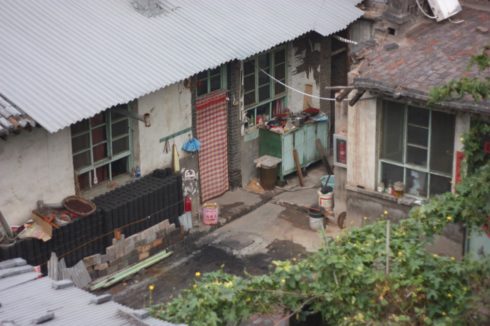 The colours are generally warm and muted, working on the complimentary orange of the brick and the blue-grey of the slate and stone pathways. The reds and yellows of flags and lanterns decorate portals and stretch between buildings. 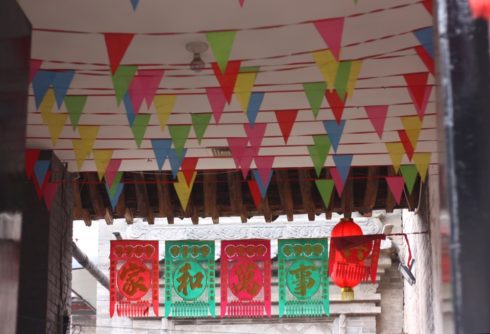 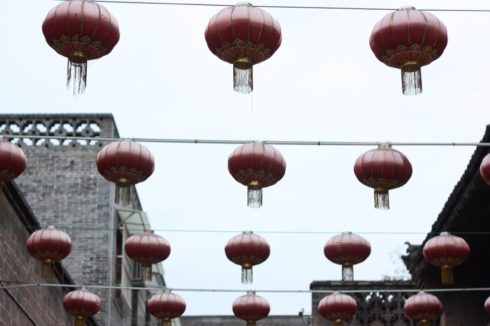 These flags with their traditional ‘double luck’ characters indicate that a newly wedded couple have been welcomed to this home. 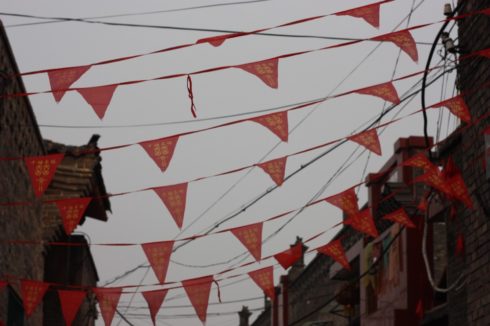 What I will remember most about Pingyao is something incredibly intimate. On the night of the Mid-Autumn Festival, the Moon Festival, a night long associated with courtship and matchmaking, as we sat in the courtyard of the 400 year old mansion, and as the clouds parted to reveal a full round silver moon, I got down on one knee and asked this handsome fella if he would spend the rest of his life with me. 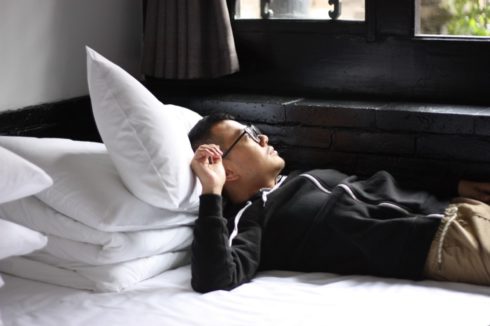