When I mentioned to my friend and colleague Roberta Mock, that I was in Copenhagen, she responded: “I’ve only been there once but thought it was an amazing place (the tree in the park where children leave their dummies!).” This got me intrigued.

Asking around my new Danish friends it seems the Pacifier Tree (or Suttetræet) is almost as much a part of everyday life as the tooth fairy or Santa Clause. 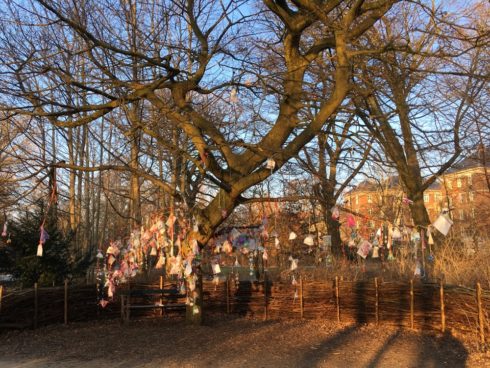 There seem to be several (maybe even many) such trees around Denmark, but the focus for the dummies in Copenhagen is a grand tree on the north-east path of Frederiksberg Have, a park a little east of the centre of town. Such is the status of this tree (it is after all only a tree) that it is marked on Google Map alongside Copenhagen Zoo, Frederiksberg Palace, and the Storm P Museum. People need to know where it is.

Approaching the tree in the late afternoon, on a rare day of blue sky, the coloured streamers, ribbons and plastic baubles, glitter off the branches, votives to an unknown spirit. 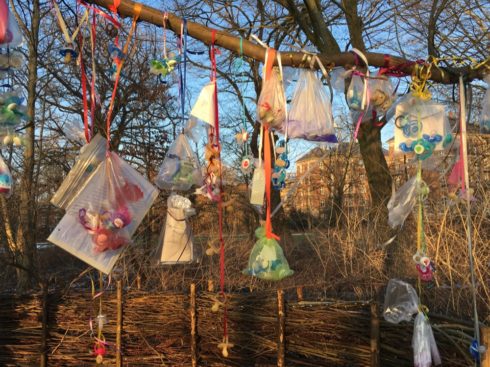 This is the place where pacifiers go to die. Or at least, it is the place they are offered up to the tree, in one of the first ritualised rites of passage for children of Denmark. The pacifiers are given to the tree at the moment when parents consider a child too old, or overly dependent on the plastic nipple. They are handed over as a way of bridging the world of baby and of emerging individual.

As Ellen Friis, one of my hosts said, recalling the moment she and her husband Henrik took their 3 year old daughter to the Suttetræ, “She could tell that we were taking her sacrifice seriously.” 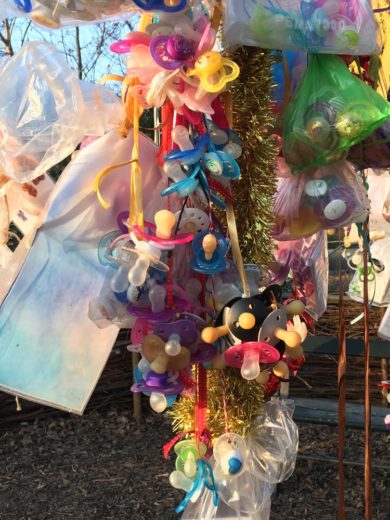 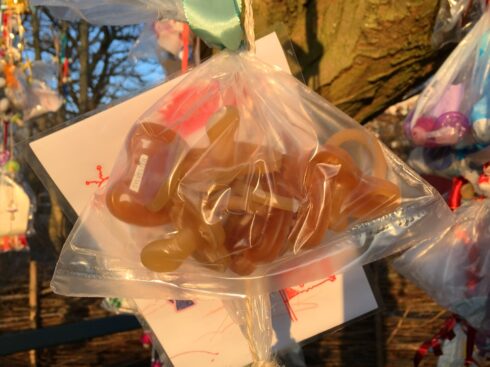 Many of the strings or bags of pacifiers have notes attached to them. ‘Dear Pacifiers, I love you but now I’m a big boy’, ‘Hi Santa. You can have my pacifiers if I get a present. I’m not using them any more’, ‘Dear Pacifier Tree, here are my pacifiers. Take good care of them.’ The subject of address in each of these examples (written by the parents) is different: the pacifiers themselves, Santa, the tree. It’s clear that there aren’t really ‘rules’ about how this should work. 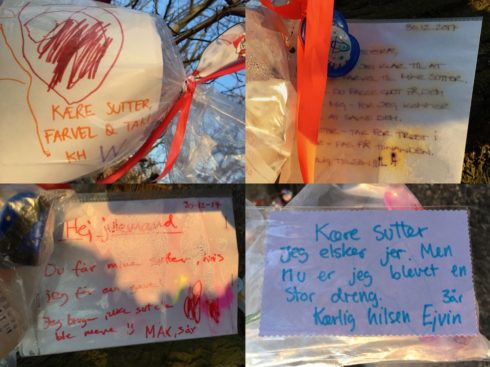 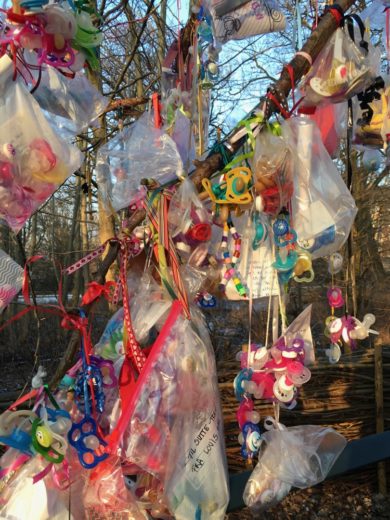 The modern pacifier as we have come to know it, developed in line with the discovery of new materials. In 1900 New York pharmacist Christian Meinecke patented a baby comforter with the teat, shield and handle design. But the practice of giving babies something for them to put in their mouths is almost certainly ancient. In 1506 Albrecht Dürer painted Madonna with the Siskin which clearly shows the infant Jesus holding a tied cloth pacifier. A spoonful of sandy sugar, flavoured meat, or other such chewy edible, is put in the centre of the cloth and it is then tied into a cloth sphere. 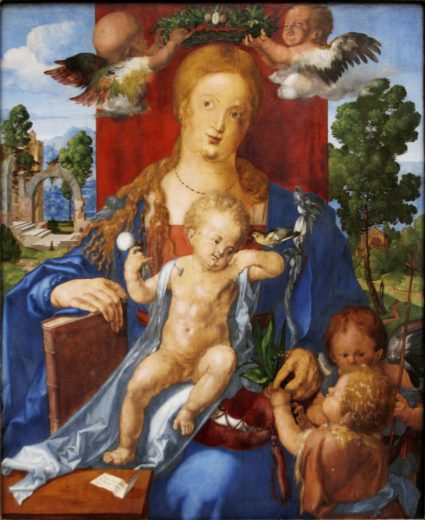 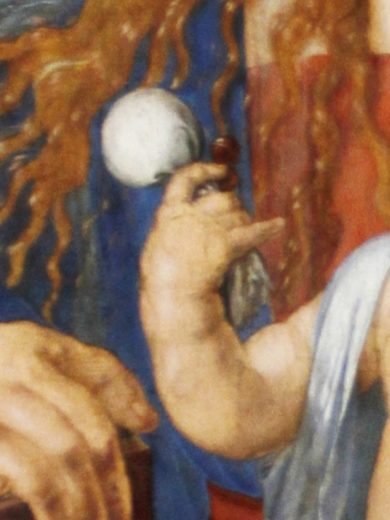 When I was toddling around in the mid-1970s I don’t think the research was in on the potential hazards of using pacifiers, and we were not given them. We did however have other non-edible things to chew on, including iced plastic rings, rusk biscuits (somehow I can still remember the milky dry taste) and of course, our own fingers and thumbs. 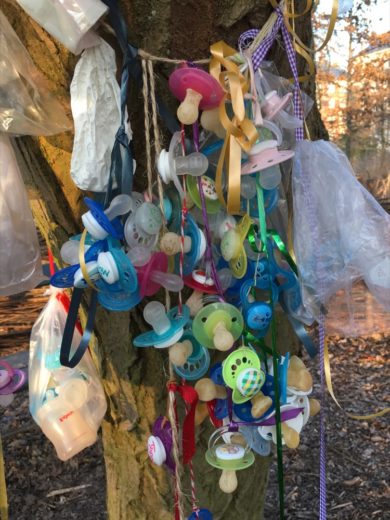 What I love about the Pacifier Tree is that it is a coming together of an informal collective agreement, a kind of contemporary folklore by citizens to help smooth the passage of their loved ones through life. It places value on psychological care through an imaginative leap. 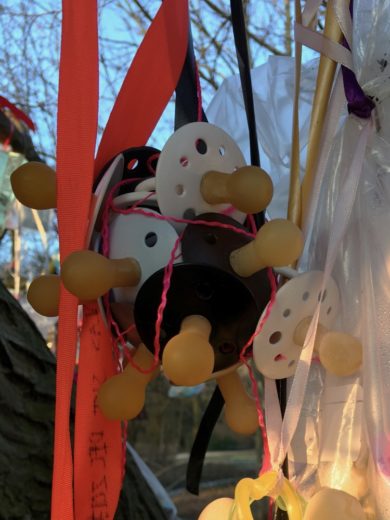 It is also hauntingly beautiful. 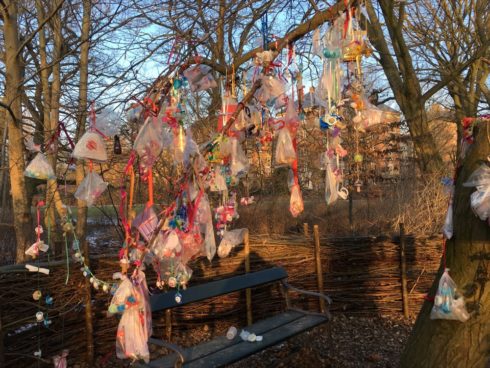