For the last two weeks I have been on my annual trip to Fredrikstad in the South-East of Norway to teach at the Norwegian Theatre Academy. I’ve been doing this pretty much every year since 2007 and it’s the one piece of ‘regular’ teaching that I maintain.

Standing at the urinals in Rygge Airport, I was greeted by this chewing gum and sanitary grill chap. Fellow passengers were unimpressed as I reached for my camera.

Norway is a very long country and you are never very far from the coast. Fredrikstad is in the bottom right.

The Norwegian Theatre Academy is a small school. There are only ever two years at a time. Students study under ‘acting’ or ‘scenography’ (although there is a lot of blurring of boundaries and in many ways it is akin to an art school training in the UK). The entire group of 3rd year actors that I have been teaching comprises 7 students. Their resources are exceptional. Courses are taught in English. Modules are often delivered by a slate of international visiting artists. As there is a strictly limited series of recreational activities in this quiet city, especially in the long winter months, students work hard and form strong bonds.

During my time here, we have been thinking about ‘audience’ and students have been encouraged to explore, examine and create innovative ways of working with audiences. This has included the discussion of performance ethics and personal limits in stagecraft. Here Maja Clemensten Hansen responds to the question of whether or not she would kill an animal during a performance, a pet shop goldfish in hand. She didn’t. The fish was returned to the shop.

The students have been setting each other challenges, which they accept or refuse. Performance experiments that explore what is risked when an artist meets an audience.

I am staying in a small apartment about 2 minutes walk from the Academy. Located in the roof of a barn conversion, my temporary home is on land that was owned by Edvard Munch’s Aunt. Apparently, when he came to Fredrikstad during what turned out to be influential years, Munch stayed in the ‘ginger bread’ building just across the yard.

More immediate to my local environment, is the fact that my next-door neighbour really, really likes Coca Cola.

Given that they pay you 1 krona for every aluminium can that you return to the supermarket here, she is hoarding quite a lucrative stash. The cigarette butts might fetch less.

I know it is really puritanical to publish this photo on my blog but it is so genuinely strange to me that someone would not empty the ashtray at their own home. I find myself drawn to it as a kind of cultural oddity.

The Academy moved to a new building last year. It was purpose built. The spaces are great but I still have a soft spot for the old site in Gamlebyen, the old town of Fredrikstad, which is built on an incredible star-shaped island and is one of the oldest surviving fortified towns in Europe. 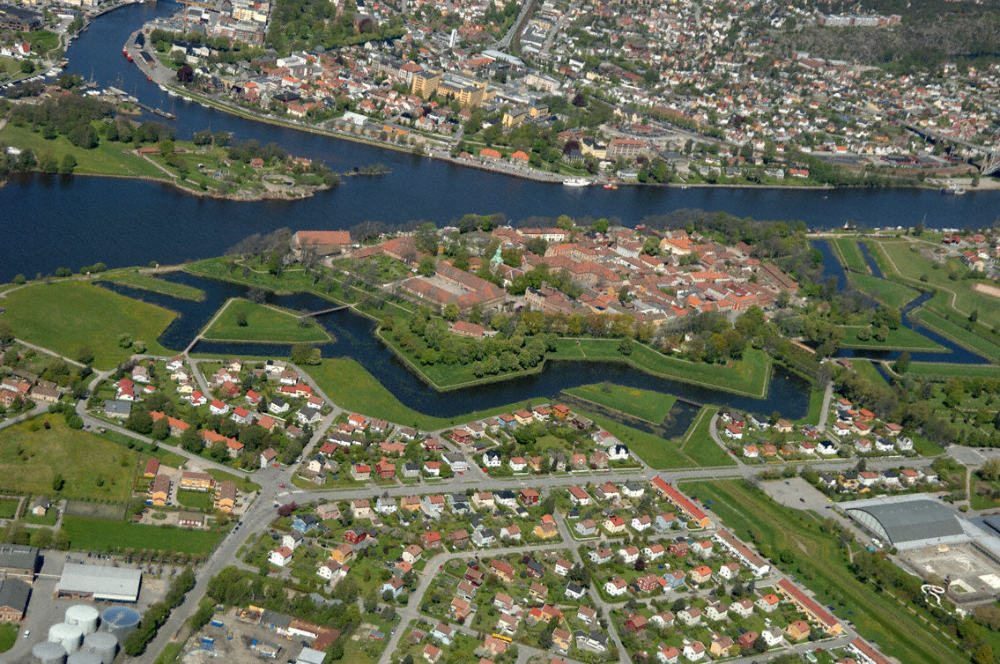 The most convenient way to get there as a pedestrian, is by ferry across the River Glomma (the longest river in Norway at 598-kilometres with a drainage basin that covers a full 13% of the country). I decided to go back for a stroll there on my day off. Twilight on the water. There was always something that gave me a kick by arriving to work by boat.

Last Saturday I took the (expensive) 1 hour 15 minute train journey to Oslo and spent the day with the former Head of Acting, Camilla Eeg-Tverbakk and her family. In the centre of town, in view of the Royal Palace, some guy was creating one of his own.

We took the tram up into the mountains to witness and partake in some sledge action.

It was good fun but freezing. Camilla and Per Gunnar’s ridiculously cute son Viktor had pronounced earlier in the winter, “I like summer”. I found myself agreeing.