The joke goes like this: If it’s snowing on midsummer in Tromsø, then you know it’s going to be a late spring.

Well ‘summer’ is not far off and it is snowing in Tromsø. Already now, in early May, the sun is not really setting. It pops below the horizon just after midnight only to emerge less than an hour later. By the end of May, it won’t set at all and there will be 2 months of unbroken daylight.

This was the view outside my hotel window at midnight on the day I arrived:

Situated at 69 degrees north, Tromsø is 200 miles inside the Arctic Circle at the tippy top of Norway. Sometimes described (perhaps exaggeratedly) as the Paris of the North, Tromsø boasts the northernmost University, brewery, and cathedral, amongst other things. There really isn’t all that much further north to go. The population is about 70,000. 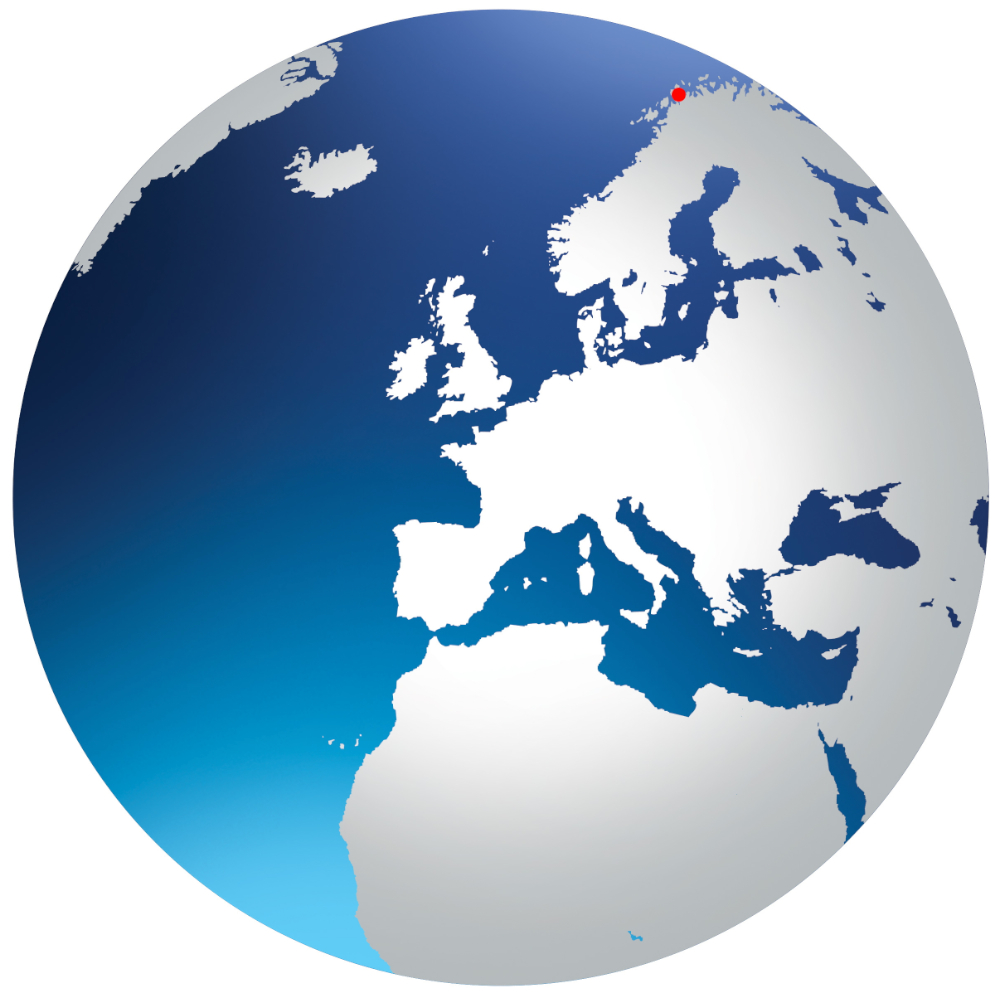 I am here as part of the performance festival Vårscenefest, to give a presentation and workshop. The hotel that I am staying in is a converted hospital, initially founded by the ‘Grey Sisters of the holy Elizabeth in Breslau’. It is modest but comfortable in the heated-bathroom-floor Norwegian way. One big advantage is a remnant of its relatively recent hospital days: the hospital bed.

I have spent a bit too much of the light evenings fiddling with the buttons, trying to ascertain the perfect leg lift to raised head ratio. To be honest, I am a bit concerned about going back to flat when I get home.

My room also has what must be the only ever piece of hotel art that I have ever, even remotely, coveted. In fact, I don’t want it, but I am quite, erm, charmed by it. This is a first. Stitched figures do their thing across its broad canvas.

Tromsø is an island. On my Sunday off, I walked across the long bridge to the mainland and took the cable car to the top of mount Storsteinen, 421 metres up.

On the viewing platform at the top there are spectacular views of Tromsø and the surrounding mountains.

All of a sudden there was a snowstorm. It was as if some giant hand was painting out the scene from left to right. Here it is moving in.

And then everything was just a grey-blue-white. You could barely see a few metres in front of you.

On the top of the mountain there was a strange white-on-white-on-white going on with some kid’s snow sculpture.

So I decided to go to the cafe (follow the stuffed snow cat thing) and wait for the storm to clear. Which it did, almost as quickly as it appeared.

Walking back into Tromsø town, I passed the Ishavskatedralen, the Arctic Cathedral. Built in 1965 it is a architectural landmark for the area, visible from all over.

It sits in contrast to the Tromsø Domkirke, the world’s northernmost Protestant cathedral and Norway’s only wooden cathedral, built in 1861. The wood carving is lovely and refreshingly crucifix-free. The building overwhelmingly reminds me of the church in every wooden toy town I had as a child.

Another extremely pleasing wooden structure, is this tiny shop selling bric-a-brac. It’s possibly the cutest shop in the world.

As I walked back over from the mainland, the Hurtigruten was slowly making its way into dock, sounding its deep horn. The Hurtigruten makes its passage along the miles of Norwegian coast from Bergen in the south west, to Kirknes at the north east. I had taken this ship on the short voyage from Bodo to the Lofoten Islands where I was working on a project in 2008, and was absolutely amazed by the beauty of the Arctic islands. It’s a luxury tourist trip but also vital daily transportation for people and things in these remote areas.

If you get the chance to visit the islands in the north of Norway, then do. It is absurdly expensive here (I’ve never paid so much for a bread roll in my life) but the pay-off is spectacular scenery.